“So you do not tidy your room before going out”? Fan questions Nkechi Blessing, she replies (video) 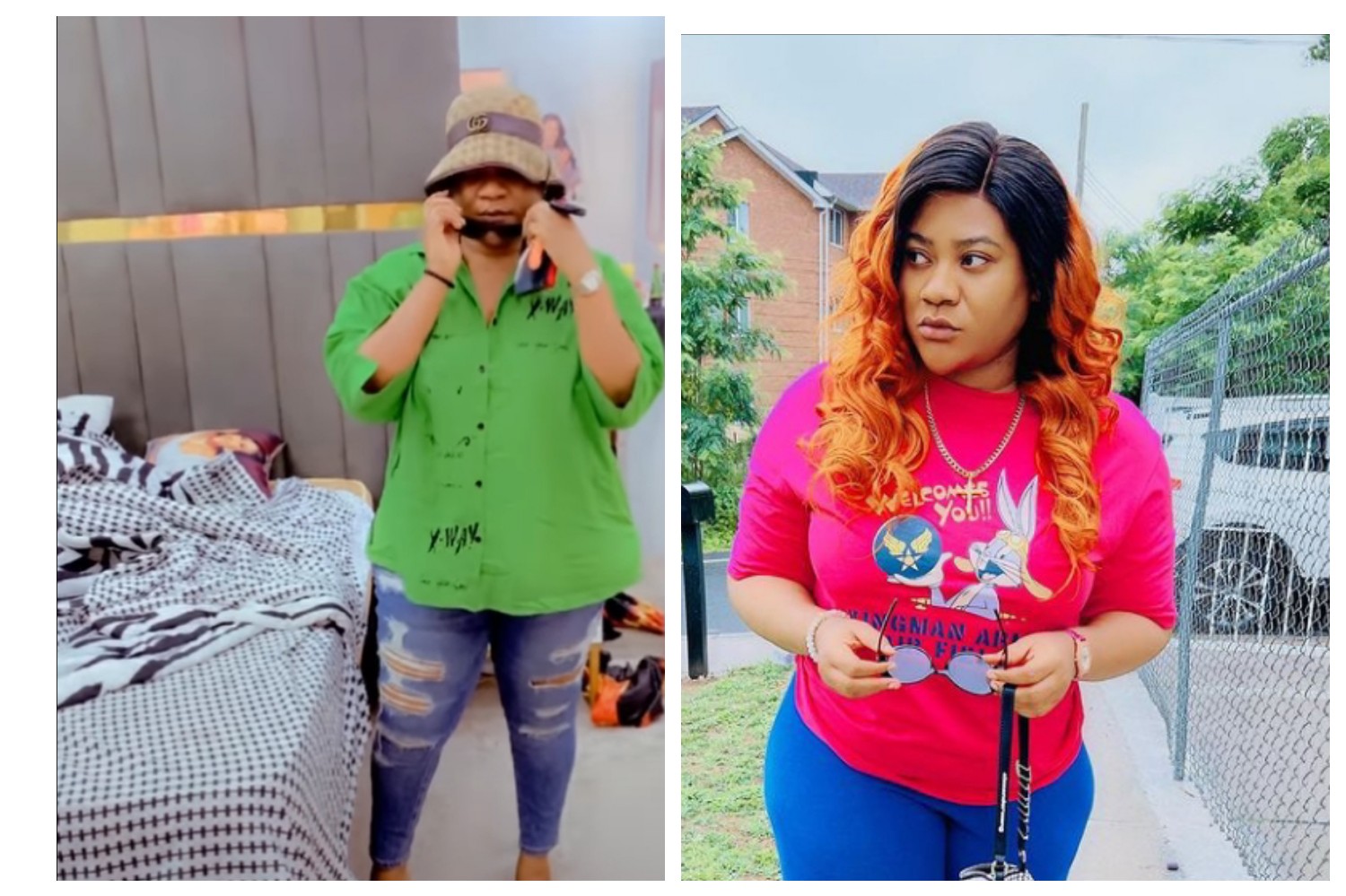 Nkechi Blessing a Nollywood actress and brand ambassador to some brands has earlier this morning shared a video of herself stepping out of what seemed like her room. Obviously, the room was not kept as she was stepping out. The bed wasn’t dressed and there seemed to be clothe littered on the floor. It was a beautiful video If her saying that she misses home, but one of her fans took to her comment section to ask if she doesn’t tidy her room before leaving the house.

Nkechi in her own way replied the fan and asked if she could send her house address so the fan could help her clean up the room.

Most times, celebrities and some other rich people don’t do some house chores by themselves. They hire people who do the jobs ranging from cooking, washing, and cleaning the house to sometimes going on errands for them. This could be Nkechi‘s situation and not that she can’t or doesn’t tidy up her room.

See the room below.

One of the reasons Nkechi’s ex-lover David gave that pissed him off from Nkechi was related to cleanliness, but Nkechi didn’t accept that which means it could just be out of the heat of the situation.