“Your mum is my wife” – Actor, Salami Rotimi teases on Allwell Ademola on her mum’s birthday 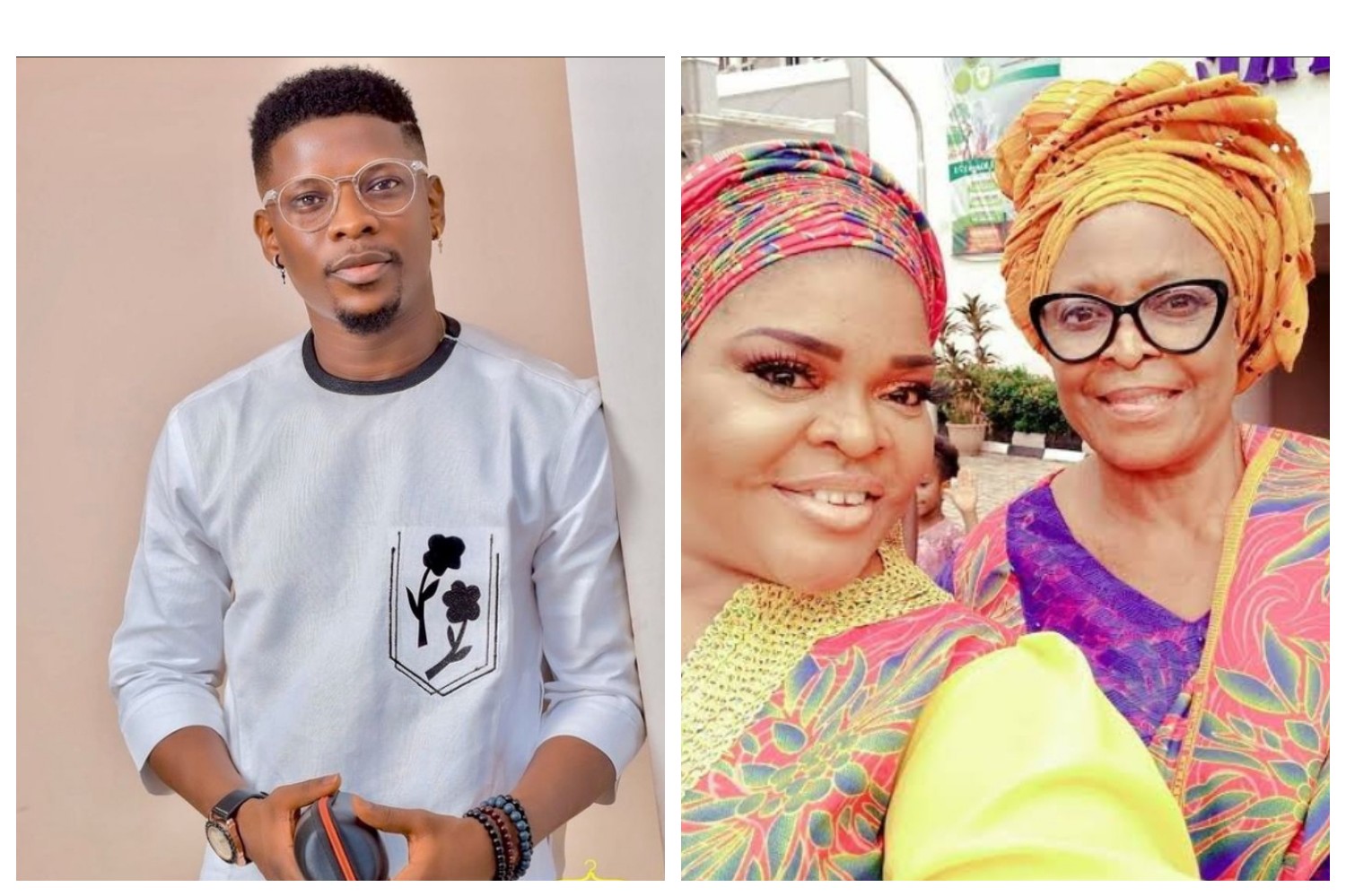 Birthdays are special because they remind the celebrants that they have spent another year on earth. It is worth celebrating and that is why family members, colleagues, friends, and fans come together to make the celebrant feel special on that day.

Nollywood actor, Salami Rotimi, has been active for many years and one colleague that he is seemingly very close to is Allwell Ademola. The two of them seem to be in the same clique because they feature in many of each other’s movies.

See also  Congratulations To Actress Allwell Ademola As She Received A Recognition Award.

Allwell’s mum is a year older, and she posted beautiful photos and videos of her. She thanked her mum and appreciated her for molding her into the woman she is today. Many of her colleagues reacted to her post and celebrated her.

To celebrate her, Salami Rotimi shared a video of himself with Allwell’s mum, in the video, he embraced her lovingly and jokingly called her his wife. Allwell in the background said Rotimi has to start feeding her since he is now her mum’s husband. The mum also told Allwell to mind her business.

In the caption of the video, Rotimi also teased Allwell by writing, “Your mum is my wife”, and Allwell reacted by calling him the husband of an old woman. It is beautiful to see colleagues have such close relationships.