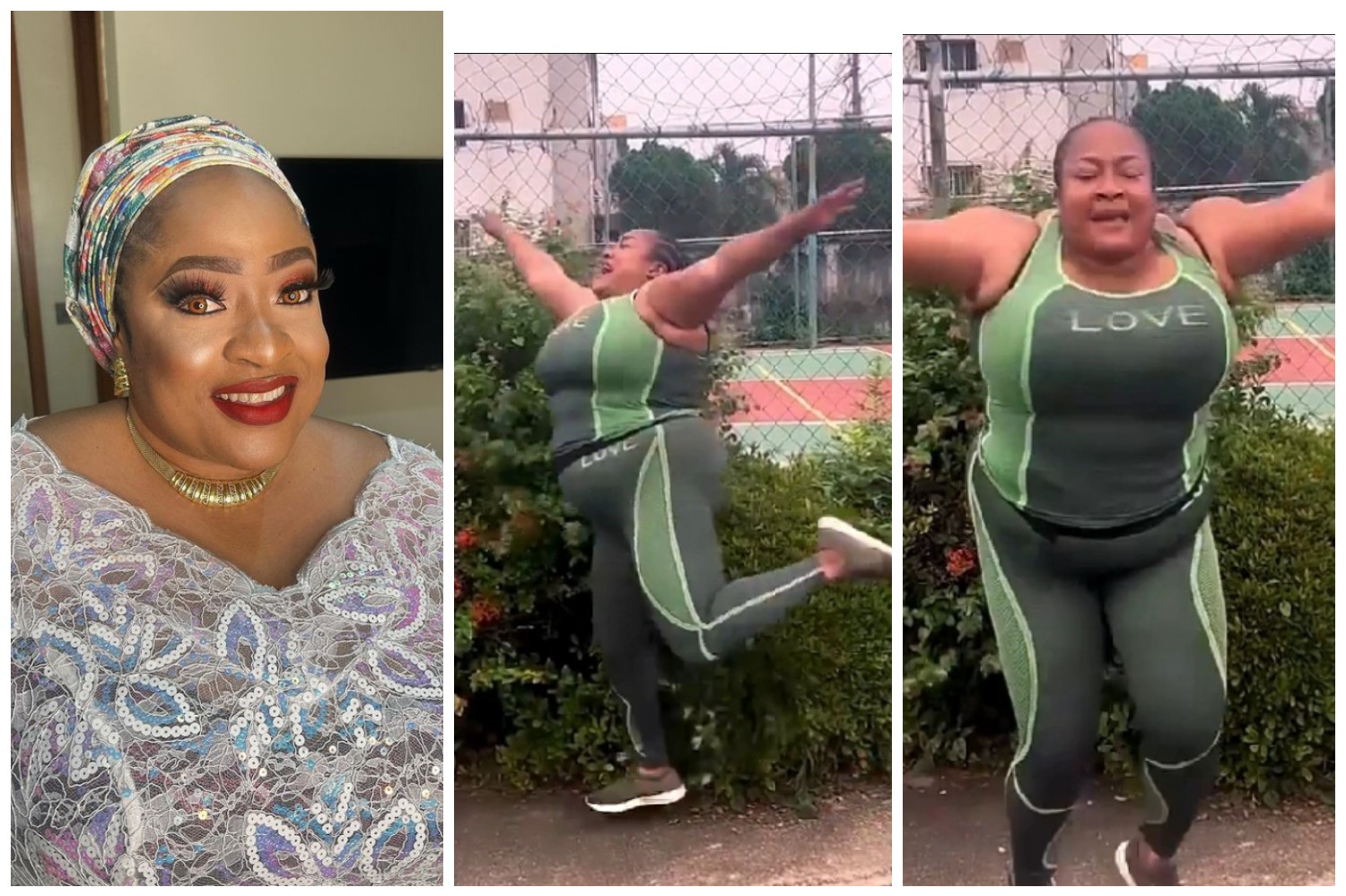 Popular Nollywood actress, Foluke Daramola Salako Oyato have stirred a lot of reactions from her lovely fans as she took to her social media handle to share few minutes video, displaying her jumping challenge. She was seeing in the video well kitted in beautiful sport wear.She is a Nigerian Nollywood actress, film maker, mother, master of ceremony, humanitarian, movie producer, brand ambassador, and brand influencer with about 869,000 Instagram followers. She is also the CEO of FDS Place. She has been very active in her acting career about 24 years ago till present. Due to her outstanding performance and unique talents in the line of her career, she has received several nominations and awards to her name.

See also  Tinubu Is Like A Father To Me, My Husband Won't Have A Problem With Me Working For My Father- Foluke Daramola

The beautiful endowed actress made her film debut in a series movie titled ” Palace”. She also starred in Durodola and Above Law. Her blockbuster movie, Cobweb, which she produced and featured in got her Africa Movie Academy Awards Best Supporting Actress Nomination. Foluke is gifted, versatile, skilful, creative, and exceptionally good in acting and interpretation of roles. She takes any character in movies. She is fashionista and rated one of the biggest actresses in the industry. She has featured in several movies, and acted alongside star actors in the industry. She is a caring mother of two children.