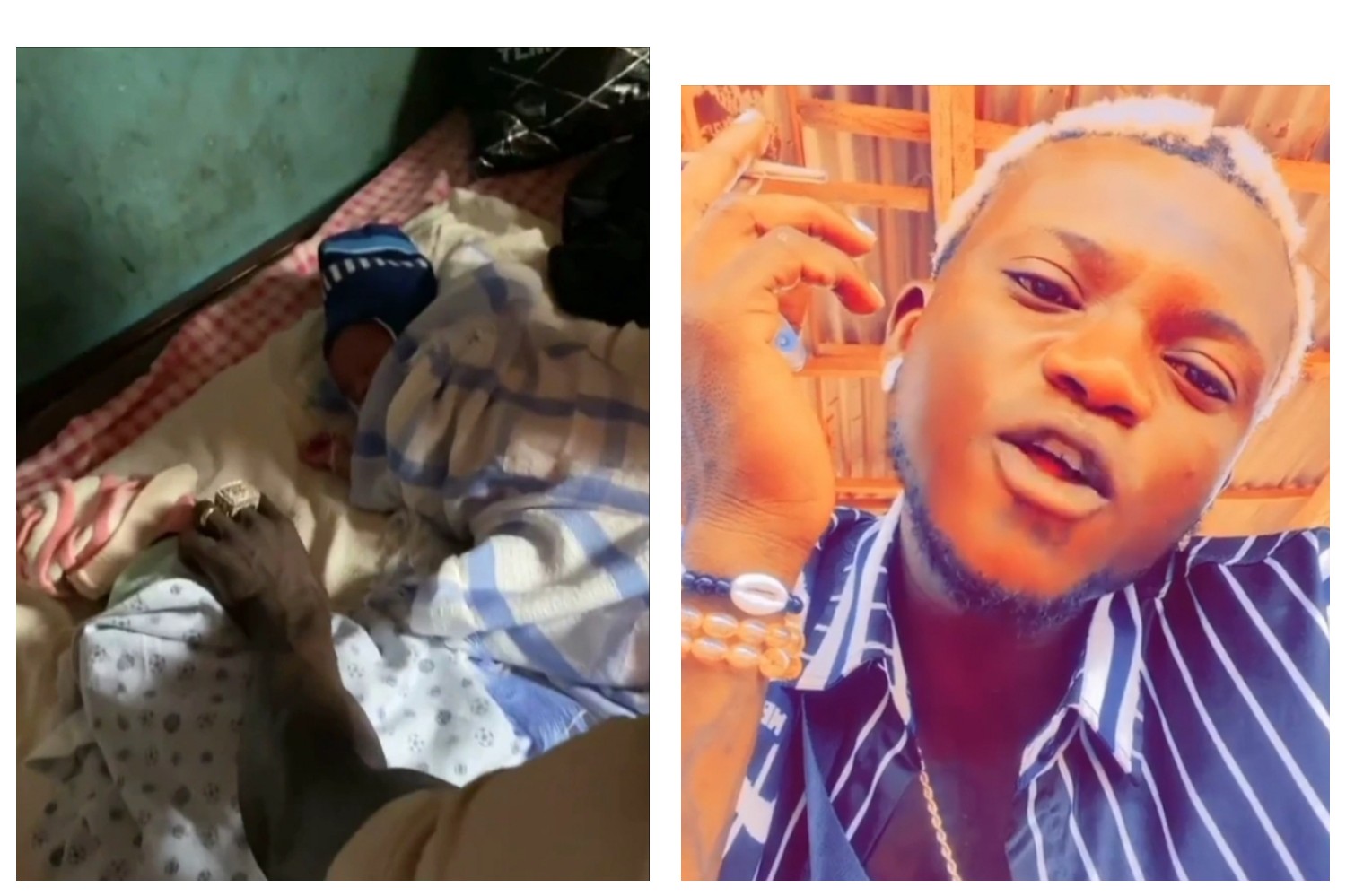 Habeeb Okikiola who is popularly known as Portable has taken to his official instagram page to share moment he visited a woman who gave birth to twins.

It could be recalled that Portable promised his fans that he will stop spraying money on the street because he doesn’t want his car to hit people. Portable also said that he will rather go to the village and help the less privileged.

Few hours after Portable made these promises, he visited the woman who gave birth to twins and he gave her money.

Portable captioned the video saying: “mission starts. This is what God will want, as I visits those who really needs me, this is a video of newly born twins. I’m so happy to keep giving cus it’s really commandments”.

After Portable came out of the house, he visits the man who is the head of the family and he gave him money.

When Portable was about to enter his car, he met a woman who carries a baby on her back and he also gave her money.

Furthermore, Portable also gave money to all the people that accompanied him to the neighborhood where the woman gave birth.

As soon as Portable’s video surfaced online, many of his followers rushed down to the remark area underneath the post to express their opinions.