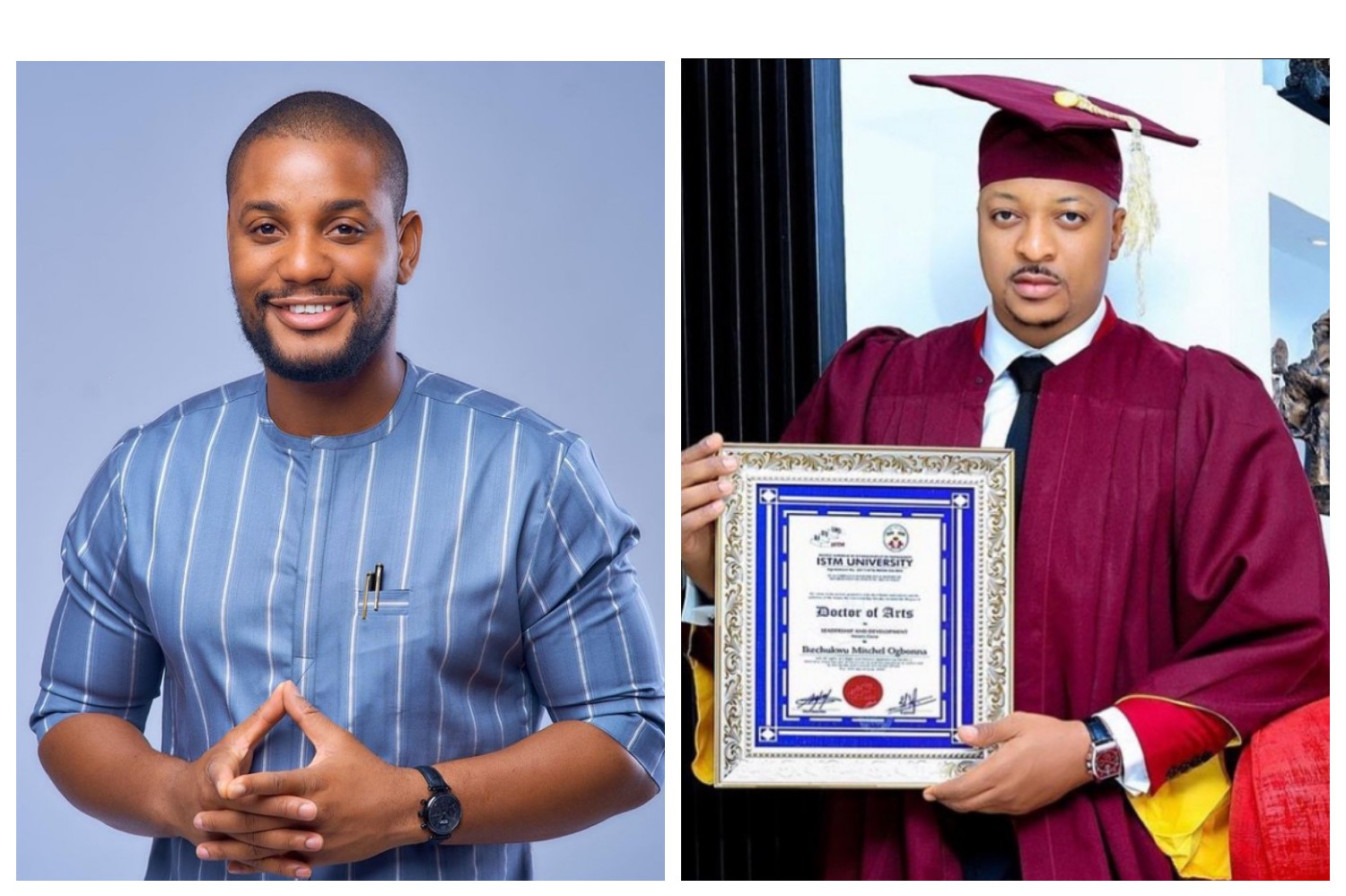 Congratulatory messages are pouring in for Nollywood actor, Ik Ogbonna as he bagged an honorary doctorate degree.

One of which was from his best friend and colleague, Alex Ekubo.

Filani reported earlier that IK Ogbonna, just like his senior colleague Hilda Dokubo had bagged a Doctorate Degree of Arts in Leadership and development from the prestigious Institute Suprereur of Technologies Et De Management.

The divorced father of two shared the good news via his verified Instagram page, where he further revealed that he was very honoured to be addressed as a Dr. “Introducing Dr (Hon) IKECHUKWU MITCHEL OGBONNA. Thanks to the governing council of INSTITUT SUPERIEUR DE TECHNOLOGIES ET DE MANAGEMENT (ISTM UNIVERSITY) for conferring on me Doctorate (Honorary) Degree in Arts in leadership and Development,” he wrote.

Alex Ekubo welcomed him to the club of doctorate degrees holder as he wished him well.

This came few days after his ex-fiancee, Fancy Ancholonu confirmed their split by cancelling their wedding, which was set to take place on November 27th.

Making his first statement on social media, Ekubo posted a picture of himself clad in a ceremonial grad gown on his official Instagram page.

As a caption, he wrote ”Introducing, Dr Alexx Ekubo. Thanks to the governing council of the Institut Supérieur de Communication et de Geston (ISCG UNIVERSITY) for conferring on me a Doctorate (Honorary) Degree in Arts & Culture.”