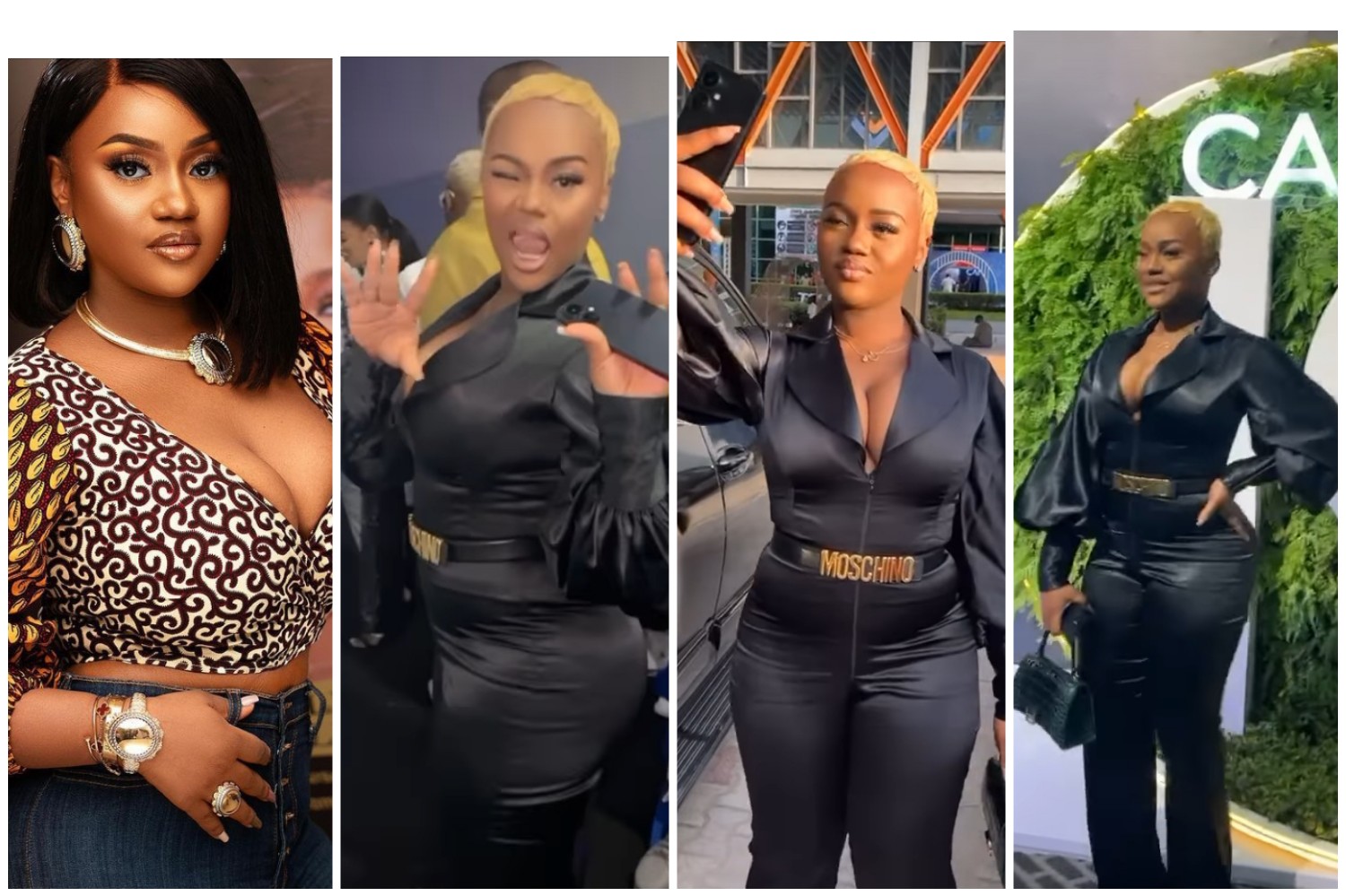 Nigerian singer, Davido’s third babymama, Chioma Rowland as set tongues wagging as she stepped out in style for a tech event.

The chef who has been unveiled as one of the brand influencer for tech giant, Tecno made a grand appearance at their launch event to promote the new Tecno Camon 13 on Tuesday night, June 28th.

The mother of one hit the runway showcasing her enviable curves and huge backside which has got many questioning if she went under the knife.

Taking to comment section many made fun of her new body.

royal_diadem15 : Chichi had beautiful body after ify! Whoever advised her to do liposuction didn’t advise her well. But loved how she rocked the runway tho

mamazionthebosslady : Hmm she do yansh too?

thewardrobeboutiqueph : Thought she did her body

mees_rammy : Abeg how her shape dey so?? The doctor need to refund us..

ayenkegbella : Abeg did Chioma do lipo?

mavi.s6616 : What is this, she’s even on waist trainer imagine her without liposuction

It was recalls Davido had playfully teased his ex-girlfriend and mother of his only son, Chioma Avril Rowland.

The chef and brand ambassador had posted a video of her advertising the new Tecno product and this left Davido quite impressed.

The singer took to her comment section to rhetorically question her as he poked fun at her utterance.

Davido wasn’t wrong though as Chioma rarely speaks up for the brands she endorses.

Davido wrote, “So u can talk”.

Chioma who had been responding to Davido’s public acknowledgement of her commented with laughing emojis.