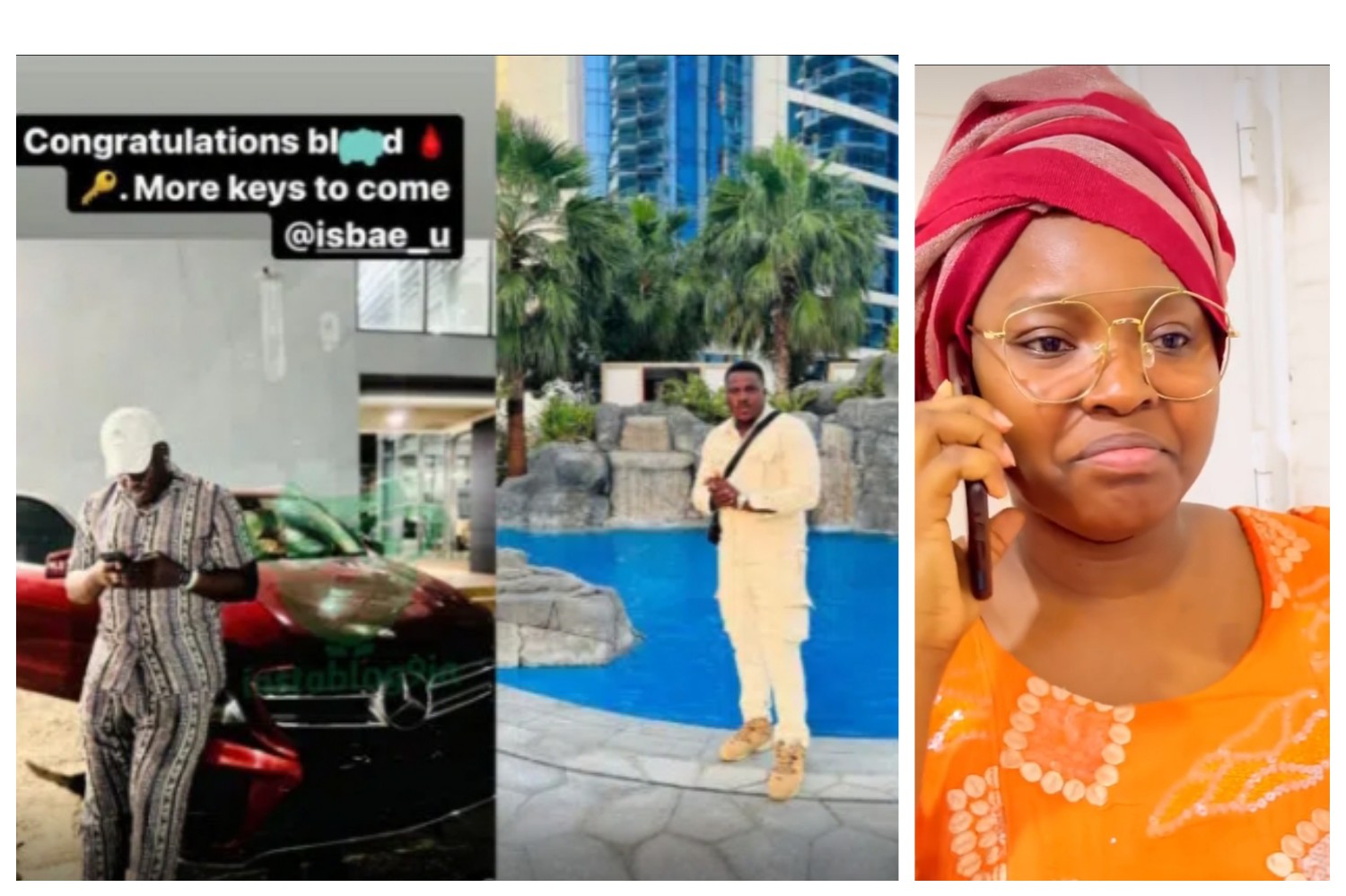 Popular Nigerian skit maker Adebayo Ridwan better known as Isbae U, has been dragged online after he splashed thousands of dollars, equating to millions, on his new Benz car.

Photos and videos of the new whip, which surfaced online, have captured the attention of netizens who called out Isbae U over his alleged unpaid debt to his ex-girlfriend and actress, Kemi Ikeseedun, otherwise known as Mummy wa.

It was recalls that Isbae U and his ex-girlfriend, Mummy Wa rocked the internet when news broke out that the skit maker dumped her and extorted her of her hard-earned money.

Isbae U was also accused of hitting Mummy Wa during arguments. This report was later confirmed when the duo unfollowed each other on Instagram, and a video clip surfaced online that captured the skitmaker cheating.

It was also recalls that Isbae U defended himself via his Instagram stories, where he disclosed his side of the story.

According to him, the money Mummy Wa gave him was just a mere contribution to the house and car he bought and that she gave it to him out of love, not forcefully.

He wrote: “He were in love , I know..it looks bad now, but oh..I swear we were in love about the house, yes out of like 50million she supported me with 4m and she even said “I wish. I had more to give you and I said “oh this is important to me”. I didn’t beg her for the money and never forcefully collected it from her, never never it was love that made her do it and I have done so so much for her too that I don’t even need to mention, she also wiling gave me 2m from what I used to get my car, which she was already planning to surprise me with ..and now that she said she wants the money back because she’s so sure I am with my ex. I sent her Im already and I have agreed to pay the rest with no argument.”

Netizens who are yet to move on from the drama have taken to instagram to query Isbae U on his alleged fraud. He was asked to restore the 4 million naira he owed Mummy wa. However he was congratulated by some while others questioned his source of income.

Damoope: Have you paid mummy wa her money ?

mii_ra_belle: It can’t be only skit sha. If not let me start thinking of how to get my team

joshchukwuebuka: We need to question this skit makers… there’s something the are not telling us

mii_ra_belle: It can’t be only skit sha. If not let me start thinking of how to get my team

joshchukwuebuka: We need to question this skit makers… there’s something the are not telling us