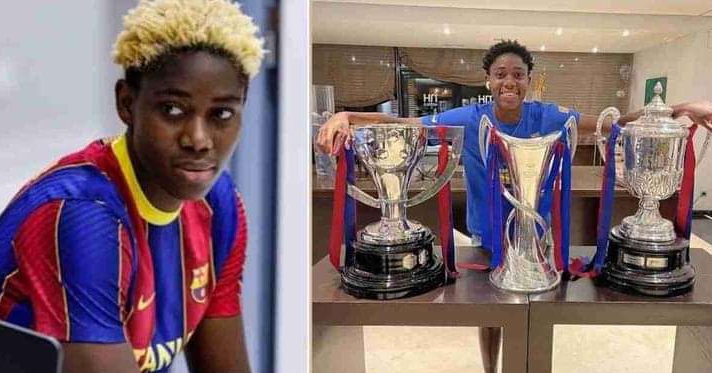 Nigerian striker, Asisat Oshoala, has become the first African to emerge top scorer of the Spanish women football ever since it began in 2011.

Oshoala, who is one of the best Barcelona Fermeni’s striker scored 20 goals in 19 league appearances in the women Spanish league, making her the player with the highest goals in the league and was awarded the golden boot.

She also played a great role in leading her Barcelona team to make history as the first team in women Spanish football to win the league title with a perfect record of season, winning 30 out of 30 matches played.

See also  “Marry him it’s worth it”, Uche Ogbodo, others react as Destiny Etiko’s fan tattoos her full name on his hand

Asisat Oshola is not only an exceptional footballer, she is popular for helping young girls in Africa achieve their dreams through scholarship and funding awards.

In 2018, her foundation known as Asisat Oshoala Foundation partnered with Barcelona to provide support for young girls across Africa. She also organizes a football clinic for young girls to make them attain the international experience to excel in football.