Sola Sobowale, Mercy Aigbe, others congratulate Femi Adebayo as he gets conferred the title of a Mayor (Video) 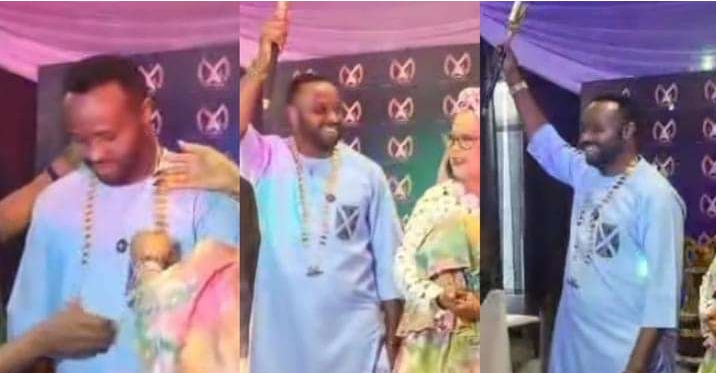 The actor has added to his numerous achievements as he bags a new title.

Femi Adebayo has been conferred as the Mayor of AFRIMEK. Afrimek is an association of Yoruba African Men Entertainment Kings.

The association held its inauguration party over the week, where Femi Adebayo was conferred a prestigious title.

Veteran Sola Sobowale decorated the actor, and he received his staff of office to run as the Mayor.

Following his new title, congratulatory messages has been pouring in for him.

This year has undoubtedly been blessed for him as he has recorded numerous achievements.

Femi Adebayo released his epic movie, King of Thieves, which has broken records.

King of Thieves made history as the first Nigerian movie to sell out in Odeon Cinema.

It was also the first Nigerian film to get a second-day screening due to its demands and the first indigenous film to complete the feat 2 Odeon approved screening unplanned.

Also, King of Thieves became the first Nollywood movie to gross 300m and the first indigenous movie to hit N300m in 2022.