“Oko Orun is that you?” – Hilarious Reactions as Wumi Toriola reacts to Lizzy Anjorin Claim that she can swear her husband as Never cheat on her 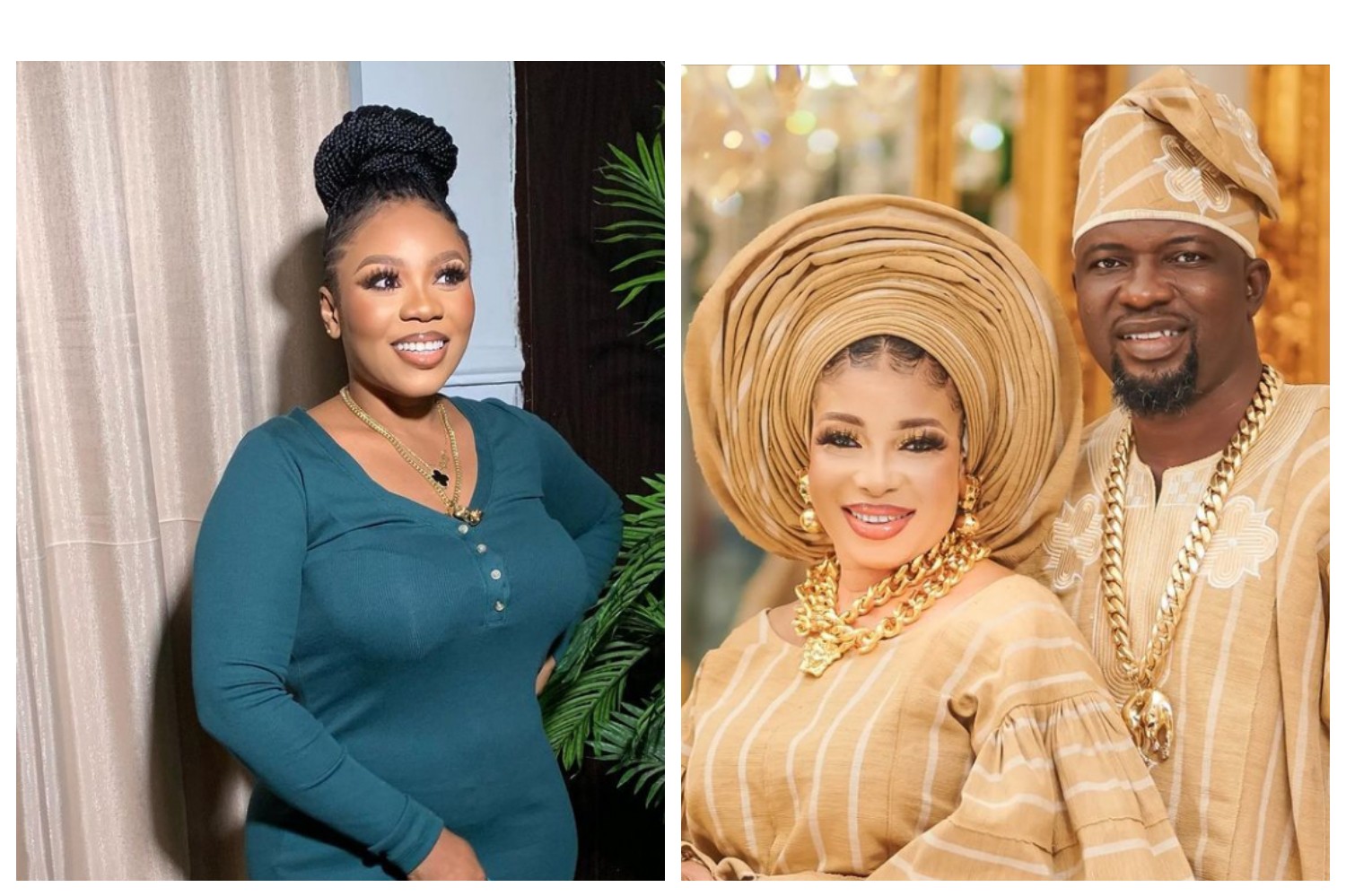 I can swear that my husband hasn’t che@ted on me since we got married — Actress Lizzy Anjorin.
.
Nigerian actress, Lizzy Anjorin her husband, Lateef Lawal, has never che@tex on her since they got married.
.
Recall that Anjorin and Lawal tied the knot in July 2020 at a private wedding ceremony that hosted friends and relatives.

The couple welcomed their first child together in May this year. They also dedicated the infant the following month in the United States. The union has, however, endured several controversies since then.
.
In a viral video, Anjorin again dismissed rumoured crisis over infidelity in her marriage.The film star said she “can swear with everything” that Lawal has not che@ted on her. Anjorin said like everyone, her husband may have attitudinal issues but would never ridicule her by sleeping around with other women.

Lateef is a decent man to the core. He might have his own attitude, no one is perfect. Lawal is strong-willed and stubborn. But that he would ridicule me by sleeping around with other ladies is not possible. I can swear with everything that since we married, he has not che@ted on me or slept with another woman.”

See also  Must you fight every time, make a very good use of Allah’s favour in your life -Islamic cleric Akeugbagold advises Lizzy Anjorin

Wumi Toriola too to the comment section to React to what her colleague said about her husband, Wumi ask if her husband is Oko Orin i.e Spirit Husband

See the screenshot of the comments below;