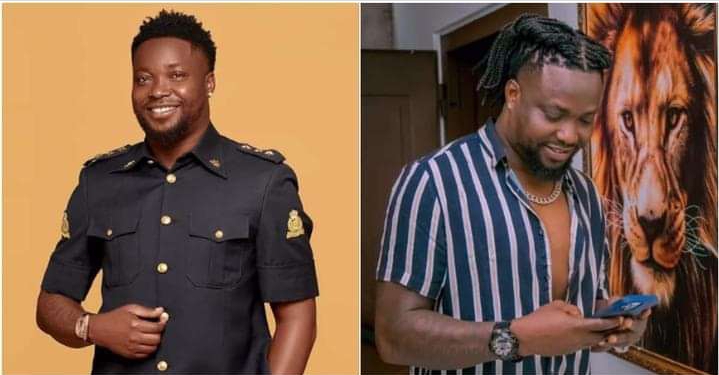 Popular Yoruba actor Soji Taiwo, better known as Omo Banke, got Nigerian talking when he spoke about his lifestyle and career The actor who usually plays the role of thugs in movies stated that he is such a calm person in real life, and fans are always surprised to get to know He also spoke about his journey in the movie industry and advised people aspiring to be actors.

Ace Nollywood actor, Soji Taiwo, also known as Omo Banke got his teeming fans surprised when he granted an interview with BBC Yoruba. Omo Banke got popular for his vulgar slang and for acting like thugs in movies. He noted during the interview that he is a sharp contrast from that in real life.

He noted that he neither smokes nor takes alcohol in real life and insisted that the only time he takes alcohol is when he attends an event and is feeling shy.

“When I go out, and I’m feeling shy I take a small sip of alcohol that will not have an effect on me to mishave or get drunk.”

How Soji Taiwo got his big break The actor also noted that he came from an entertainment family as his late father, Yomi Taiwo was a Juju musician. He insisted that he had acted several roles like lover boy, calm guy before he became popular with his slangs and thuggery and chose to stick with it.

Soji noted that producers used to give him one or two scenes to act but never a lead role before God shone his light on him.

See also  Even if you give me $20K, I will not go back to my ex-husband, I cannot stand abuse - Korra Obidi

He gave a massive shoutout to the late Alhaji Yekeen Ajileye of blessed memory: “Ajileye gave me a big break with Eran Iya Oshogbo in the movie I killed Iya Gbonko’s cat because she was a witch and I gave her voice that was why I got my Omo Banke name.” The actor further noted that it wasn’t an easy journey for him as he has been acting for 25 years and maintained that new entrants in the movie industry are enjoying it now.