Recalled that, some months ago, a dance video of a man, who was supposedly thought to be Veteran actor, Richard Mofe Damijo’s twin/brother surfaced online and it sparked reactions. 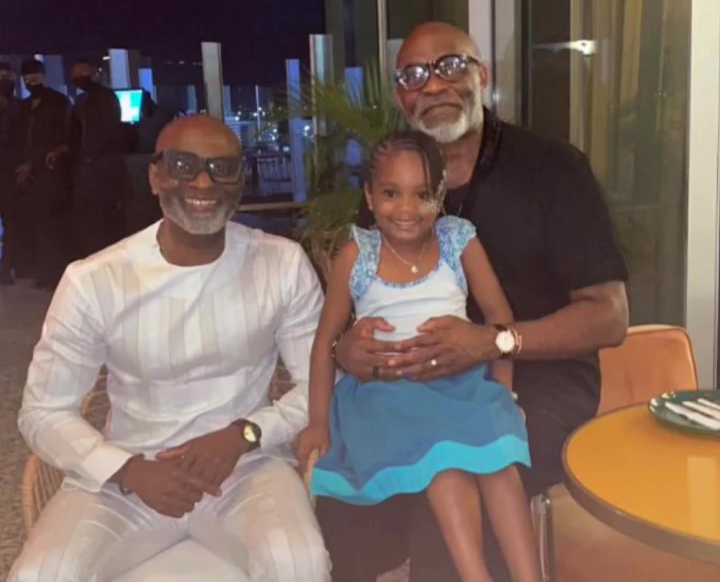 Richard later reacted to the video, stating that they are not brothers. The veteran actor has now met with his lookalike for the first time at his birthday dinner party as he spends quality time with his family. 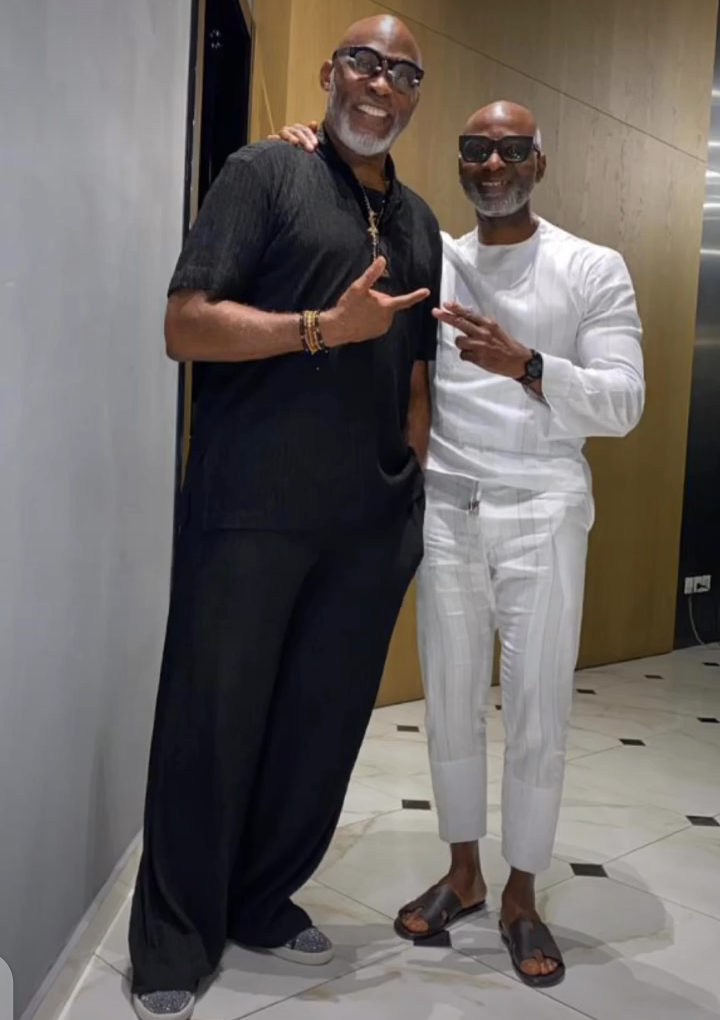 RMD said he finally got the privilege to meet his internet twin and his family yesterday for his birthday but the star of the night was his 5-year-old daughter.

In conclusion, he said his internet twin says they should show off lovely dance moves together someday, as he asked fans if they should.

This video sparked reactions online as fans and celebrities gushed over them. Also, they sent lovely remarks as they admired them. Top celebrities like Pretty Mike Of Lagos and BBN’s Frodd sent love emojis.

Richard Mefo-Damijo, a A.K.A RMD seasoned Nollywood actor, is one of the celebrities who does not relent when it comes to the birthdays of their loved ones. He always keeps track of time in order to celebrate […]

Reactions As AY Makun, Osita iheme, And RMD Were Spotted Rocking The Same Color Of Suite In Style (Photo)

December 20, 2021 admin Entertainment Gist Comments Off on Reactions As AY Makun, Osita iheme, And RMD Were Spotted Rocking The Same Color Of Suite In Style (Photo)

Popular Nigerian Comedian, Ayodeji Richard Makun, is professionally known as A.Y, recently updated his official verified Instagram account with a fresh image of himself, Osita Iheme, and Richard Eyimofe Evans Mofe-Damijo as they were spotted […]

“You gave up your fame just to give us a home” – Actor, RMD celebrates wife Jumobi as they mark 21st wedding anniversary

December 29, 2021 admin Entertainment Gist Comments Off on “You gave up your fame just to give us a home” – Actor, RMD celebrates wife Jumobi as they mark 21st wedding anniversary

Veteran Nollywood actor, Richard Mofe Damijo, popularly known as RMD, and his wife, Jumobi, are celebrating their 21st wedding anniversary today, December 29th. The actor took to his official Instagram page to shower praise on his wife as […]