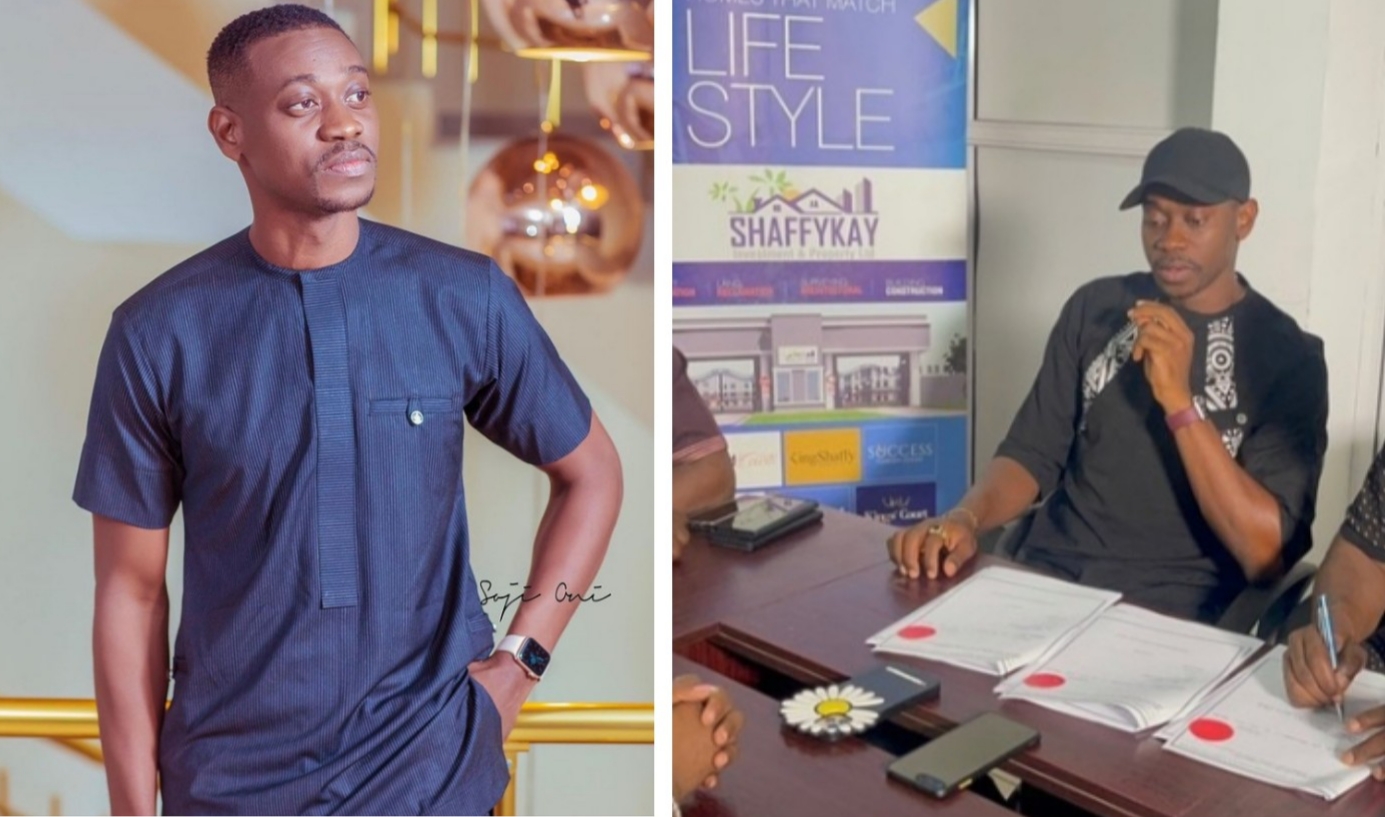 Lateef Adedimeji is a Nigerian actor, film-maker, producer and director, born and raised in Lagos State, but hails from Ogun State.

He gained popularity with his first major role in Yewande Adekoya’s 2013 movie titled “Kudi Klepto”, and has acted in over 100 Nigerian movies since he began acting 15 years ago.

He is currently a brand ambasador for Airtel and Numatville Megacity.

Lateef Adedimeji sealed another ambassador deal earlier today with shaffykayandco_property Limited, he was so glad with the new deal and he posted it on his Instagram handle to celebrate it with his fans.