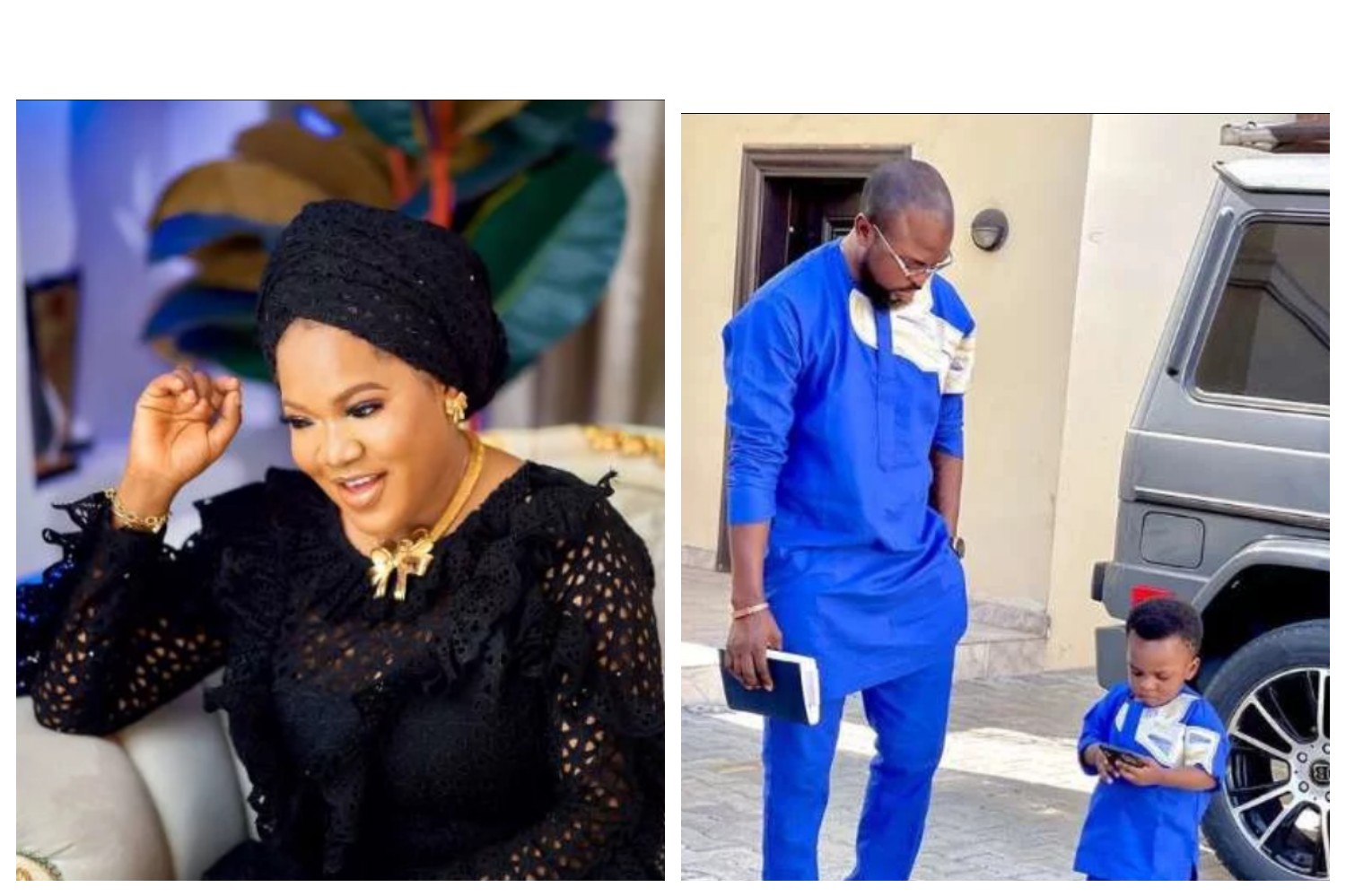 Top Nigerian actress, Toyin Abraham has sparked reactions on Instagram over the recent photo she posted on her Instagram page. In the photo, was her darling husband and her cute son. They were on the same outfit, and one could predict that the outfit was definitely for the Sunday service.

She wrote alongside the photo, ” My boys” . This has caused reactions by some meddlesome fans, as they said that was quite disrespectful for the talented actress to call her husband ” Her boy” , and it could be better if it was only her son. Instead of reffering to her husband as My boy, she should have used a more polite word like ” My love” .

Toyin Abraham is no doubt a success in the music industry, as she has won several awards in the past few years. She has starred in top rated movies like Elevator baby and Kambili.