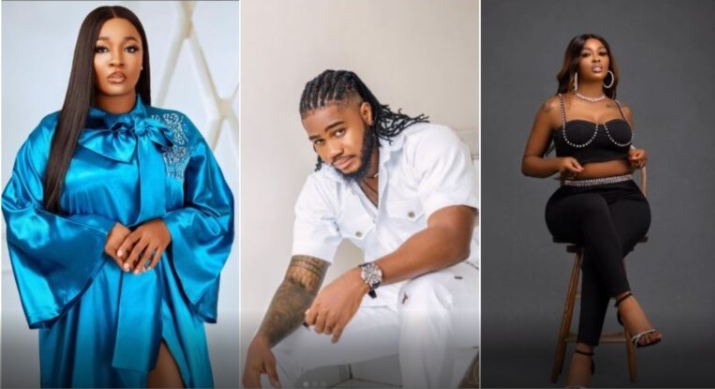 This comes after her colleague Praise, in a post shared on the microblogging platform, said he wants to be cast for movie roles in 2022.

Praise said he would make a good actor because he has been practising but would not want to be cast for playboy roles.

He wrote: I wanna be cast for movie roles in 2022. I’ll make a very good actor, been practising (Not playboy roles though)

See also  “I’ll never regret the love I gave, even if it wasn’t reciprocated” – Tonto Dikeh

Reacting to this, Lucy opined that Praise would fit the role of sleeping with people’s wives and its endless possibilities for him.

She wrote: Trust Nollywood with stereotypes! You fit the role of knacking people’s wives, endless possibilities.

Lucy response sparked online reactions as netizens claimed it’s a shade to Ka3na, and she’s reminding the fans of the reality show about the romantic affair between Praise and Ka3na.

donsalami96 wrote: Is Lucy trying to tell us something we don’t know?

kingofdeeds wrote: to think he has done it in the bbn house again

ekuapaula_ wrote: Lucy will always come at you and cry later na Erica fit this Lucy

It was recalls Ka3na and Praise were caught on camera having sex at the wee hours of Saturday morning, August 1st 2020.

The housemates who had just ended a truth or dare game in which Ka3na was dared to play with Laycon’s d!ck and also kissed ozo. The viral video shows both housemates moving their bodies in ecstasy under the duvets a few hours later.

Praise Nelson, 28, is engaged with a child, while 26-year-old Katrina Jones is still married to her 64 years old white lover with who she shares a child.