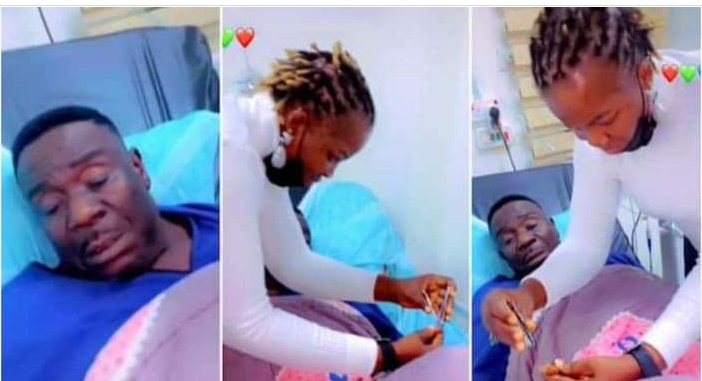 Nollywood actor John Okafor aka Mr Ibu’s is in the thoughts of his fans and supporters as he is currently battling a medical challenge. The actor’s daughter has been sharing updates on social media and a recent video she posted sparked sweet reactions from netizens.

The video captured the moment Mr Ibu’s wife tended to his long fingernails while he was on the sickbed. Mr Ibu’s daughter was also heard in the background addressing those who have been spreading false narratives.

See also  BBNaija 2021: Yousef Bags Endorsement Deal With A Clothing Line In Germany While In The Show

She mentioned that the actor’s wife has been taking care of him ever since he fell sick. From indications, the comic star was slightly asleep while the video was being recording.