Portable sacks his entire team for being ungrateful, after bagging N50million deal with Obi Cubana 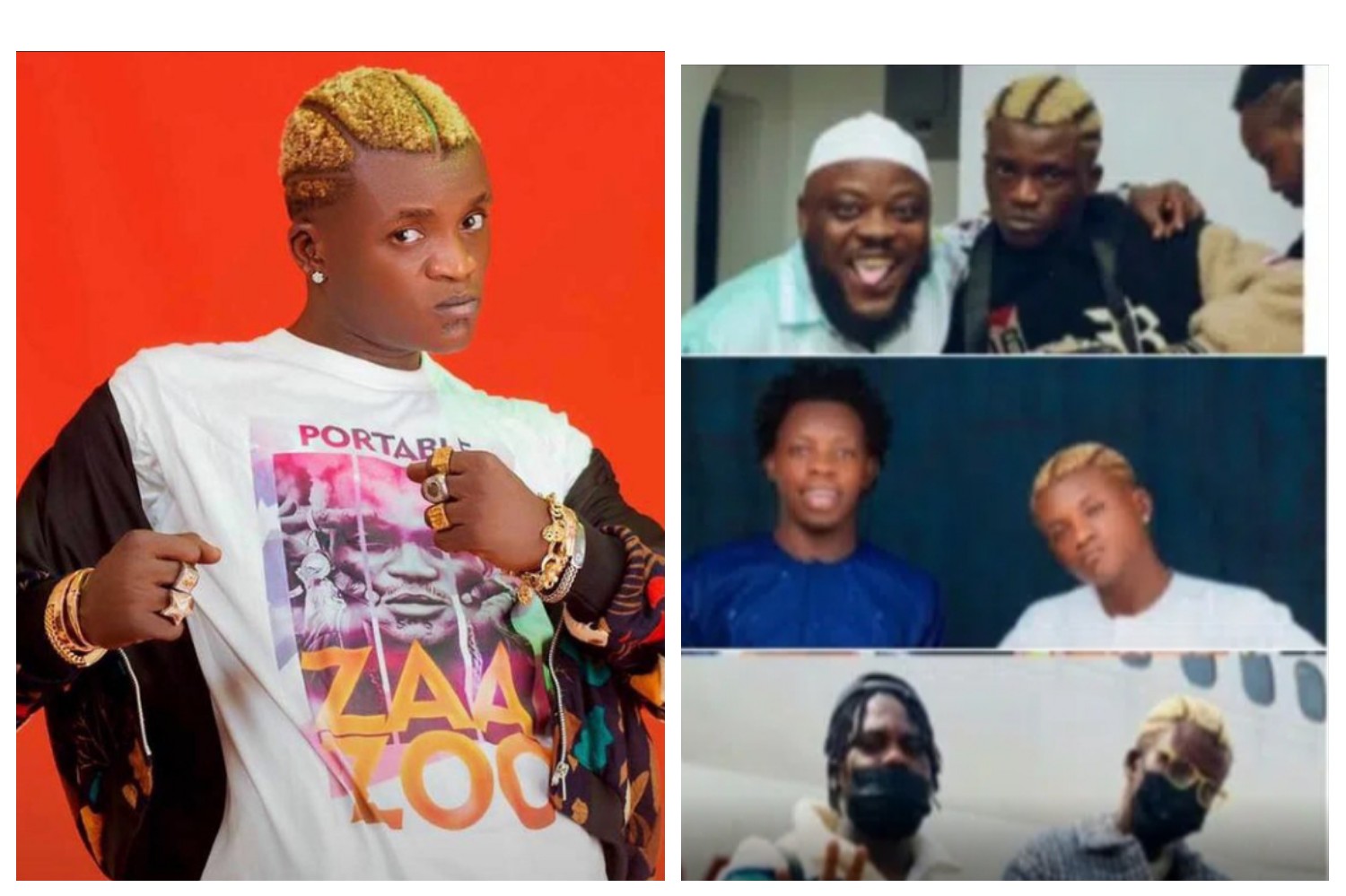 Fast rising Nigerian singer, Habeeb Okikiola better known as Portable has sacked his manager, DJ and promoter for being ungrateful.

Nollygistvibes reports that this is coming only a few days after he bagged an endorsement deal worth N50 million with socialite, Obi Iyiegbu, popularly known as Obi Cubana.

The singer stated that he was been milked daily by them as he was in charge of their feeding, clothing and every other expenses.

Portable claimed that whenever he pretends to be broke and asked them for money, they all give flimsy excuse.

Irritated by this, Portable made a swift move and sacked them all.

Taking to his Instagram page, he questioned the essence of being with him, and still be broke.

According to him, if anyone doesn’t gain from him, then he has no choice but to send them away.

“Oju aaye Le lo, bad belle, can u see someone like me. You have spoilt the name of your helper. Am I your father or brother. Manger, DJ, promoter, I will feed you all, but clothes, buy everything. Simple money for una account, I will pretend like I am broke, I will ask manager for money he would say he doesn’t have likewise DJ and promoter. If you can’t gain from then you leave. U are living with a rich person you don’t have money. If I help you and you didn’t change, them you should go to your village I need more people to help”.

This isn’t the first time, the singer is having issues with his team.

It was recalls in January, Portable fought dirty with his manager Quadri Taoreed better known as Kogbagidi.

A video went viral on social media on Thursday, January 6, 2022, where Portable accused Kogbagidi of taking the SUV he was recently gifted by a fan. The singer who wielded a baseball bat could be heard at the top of his voice asking Kogbagidi to return the car, while also alleging that he had ‘settled’ him on several occasions by giving him money on different occasions. He said, “I gave you $500 and N500,000 twice. You have ripped me off. You know that you are a ripper.”

See also  ‘Next time you see me, you may now call me doctor’ Actress Jaiye Kuti brags as she bags doctorate degree

Portable during an interview stated that the fight was only a ploy to get him in the news.

However, the peace between them didn’t last long as Portable and Kogbagidi went their separate ways and threw several shades at each other.