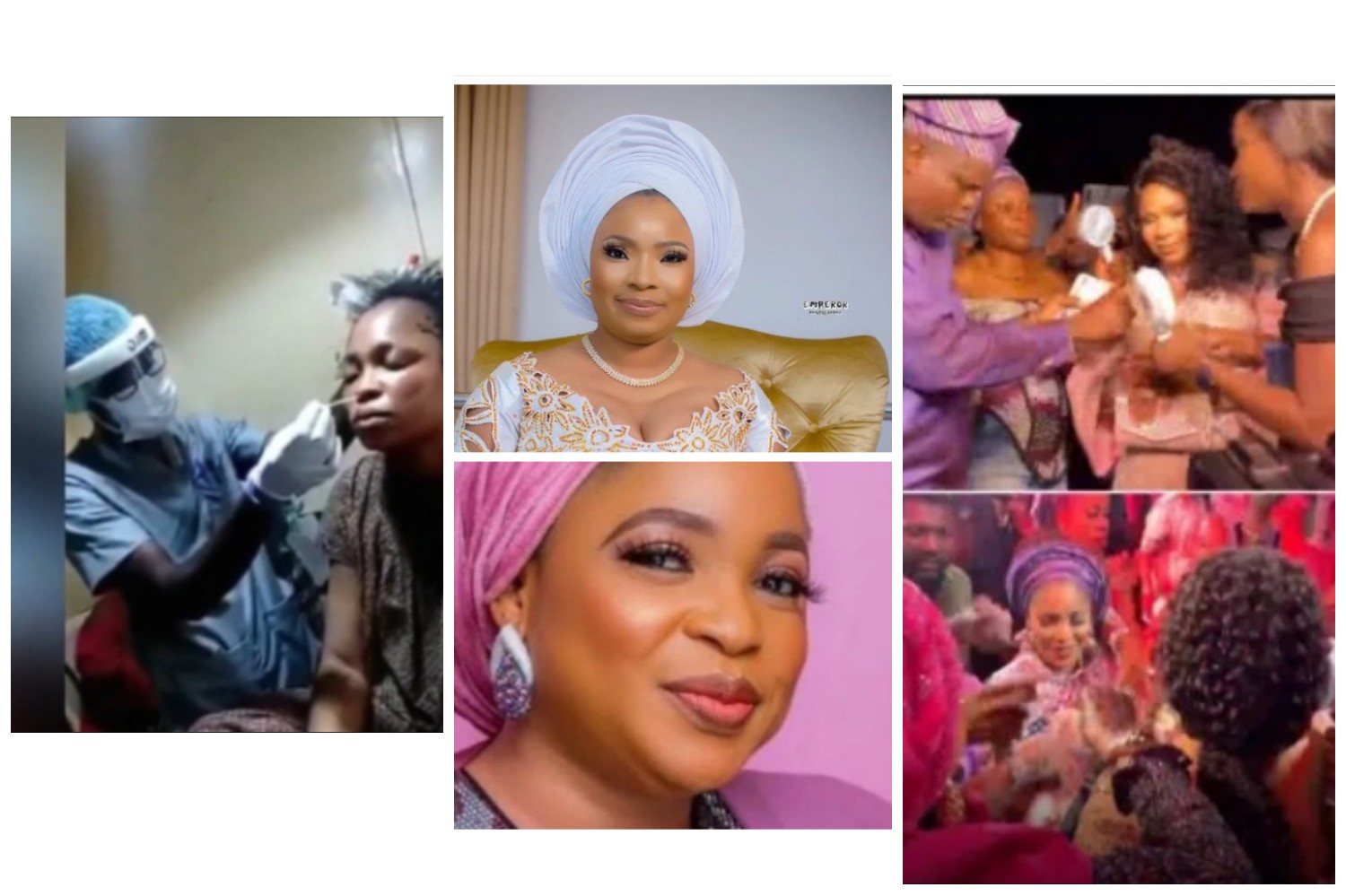 Some social media users have expressed concern for Nollywood actress Kemi Afolabi as her colleagues’ rain money at the housewarming party of Actress Laide Bakare.

On Wednesday, 30th March 2022, Laide Bakare hosted a star-studded event to unveil her new mansion worth a hundred million Naira.

Videos sighted online showed Nollywood stars in their numbers, such as Foluke Daramola, Ijebu, Madam Saje, Mama Ewekoro and many others celebrating with Laide Bakare.

However, some social media users have reminded Nollywood stars at the event not to forget their colleague, Kemi Afolabi, who is battling lupus.

Netizens opined that they should not forget that Kemi Afolabi also needs money for her health amidst the celebration.

tee_mayor wrote: They are soliciting funds from the public for one of their colleague, and they are here spraying money anyhow. Hmmmm

News recalls some Nollywood actors recently called for financial assistance for their colleague, Kemi Afolabi who is battling a terminal illness.

On March 11, 2022 that Kemi Afolabi opened up about suffering from Lupus.

In an interview with media personality, Chude Jideonwo, the actress revealed that she had been diagnosed with lupus and she has just five more years to live.

“I have lupus. It’s not curable. You just have to take medications for the rest of your life. At a point I was exhausted after spending so much, I said i will stop and just wait for death to come ….but I brazed up for my daughter and have to continue spending the N1.2million on the medication doze weekly to survive….I have sold my cars, property, capital for business etc…..and Funke Akindele has been helpful, Toyin Abraham, Mercy Aigbe and others reached out and have been there…but I still need more support to be able to continue with my medication…”.

In a new twist of the event, the actress who revealed that she spends millions of Naira weekly for treatments has cried out to the general public for assistance.

Colleagues like Mercy Aigbe, Toyin Abraham, Mide Martins and her husband Afeez Owo, Tayo Odueke, Bisola Badmus, Yomi Fabiyi, Wumi Toriola and many others have called for help on the actress’s behalf.