“Any disappointment is a blessing” Portable turns preacher as he reconciles with his first manager, Kogbagidi 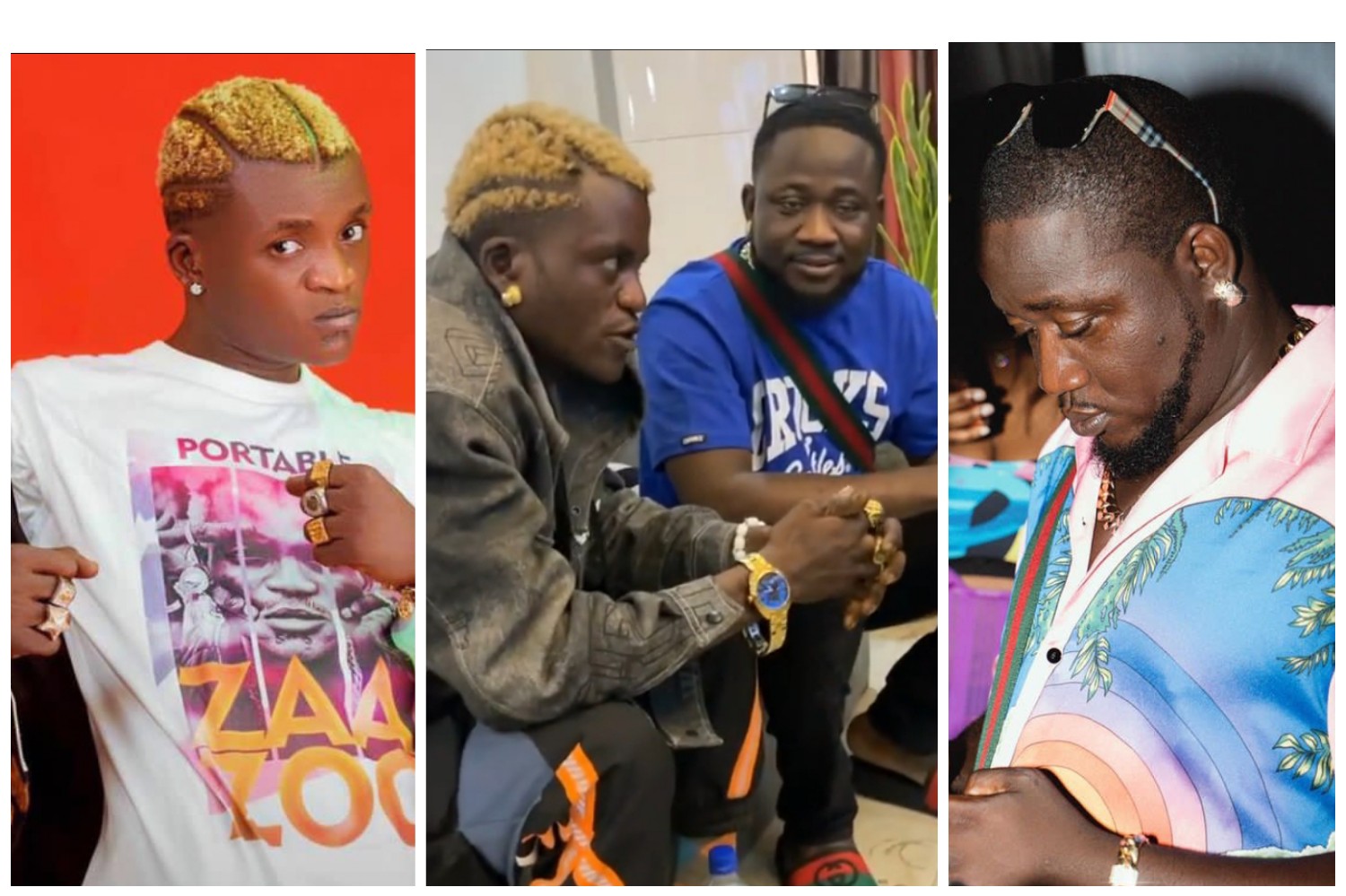 Controversial Nigerian singer, Habeeb Okikiola better known as Portable has shocked many as he reconciled with his first manager and show promoter, Olasunkanmi Quadri Taoreed better known as Kogbagidi.

Portable who parted ways with his barely 2months old manager, Yusuf Adepitan aka Ijoba Federal has gone back to Kogbagidi.

The singer shared the good news on his Instagram page as he became an overnight preacher talking about reconciliation.

Portable avowed that every disappointment is a blessing and he has nothing but love for Kogbagidi.

“Life Na Portable Kogbagidi I believe I’m God my phone and Sub any disappointment is a blessing. One love Boss of life @kogbagidi”.

Kogbagidi replied to his post with, “I love you bro”.

It was recalls Portable’s ex manager, Danku spoke out about his deteriorating relationship with the singer.

Due to his series of controversies surrounding his emerging career, Danku claimed that everyone around the artiste is tired of him.

He said he is glad the working relationship between him and the singer has ended as he was tired of his erratic behaviours.

Danku also refuted claims of being indebted to the singer.

“Contrary to what Portable said, I am not indebted to him in any way. I had been fuelling my cars with my money and living large before I met him. I did not cheat him, neither did I covet his money. On the other hand, he is the one that is owing me. He borrowed some money from me, although I cannot disclose how much in particular. However, I need to say this, Portable was hired for some shows abroad through my contacts, and he must perform at the four shows in the United States of America, the United Kingdom and the Gambia. Otherwise, he should refund the organisers,” he told Saturday Beats.

Danku, who has worked with other singers such as Oritse Femi, D’banj and Davido, maintained that he was actually fed up with managing Portable. He said, “I feel better now, and I am even busier with work. People are tired of Portable’s misbehaviour. Managing artistes, whether cool-headed or hot-headed ones, is my profession. My job, as a promoter, is to help them become better. But, I cannot work with such a person. However, I have moved on, and I don’t have time to think of anyone else’s issue.”