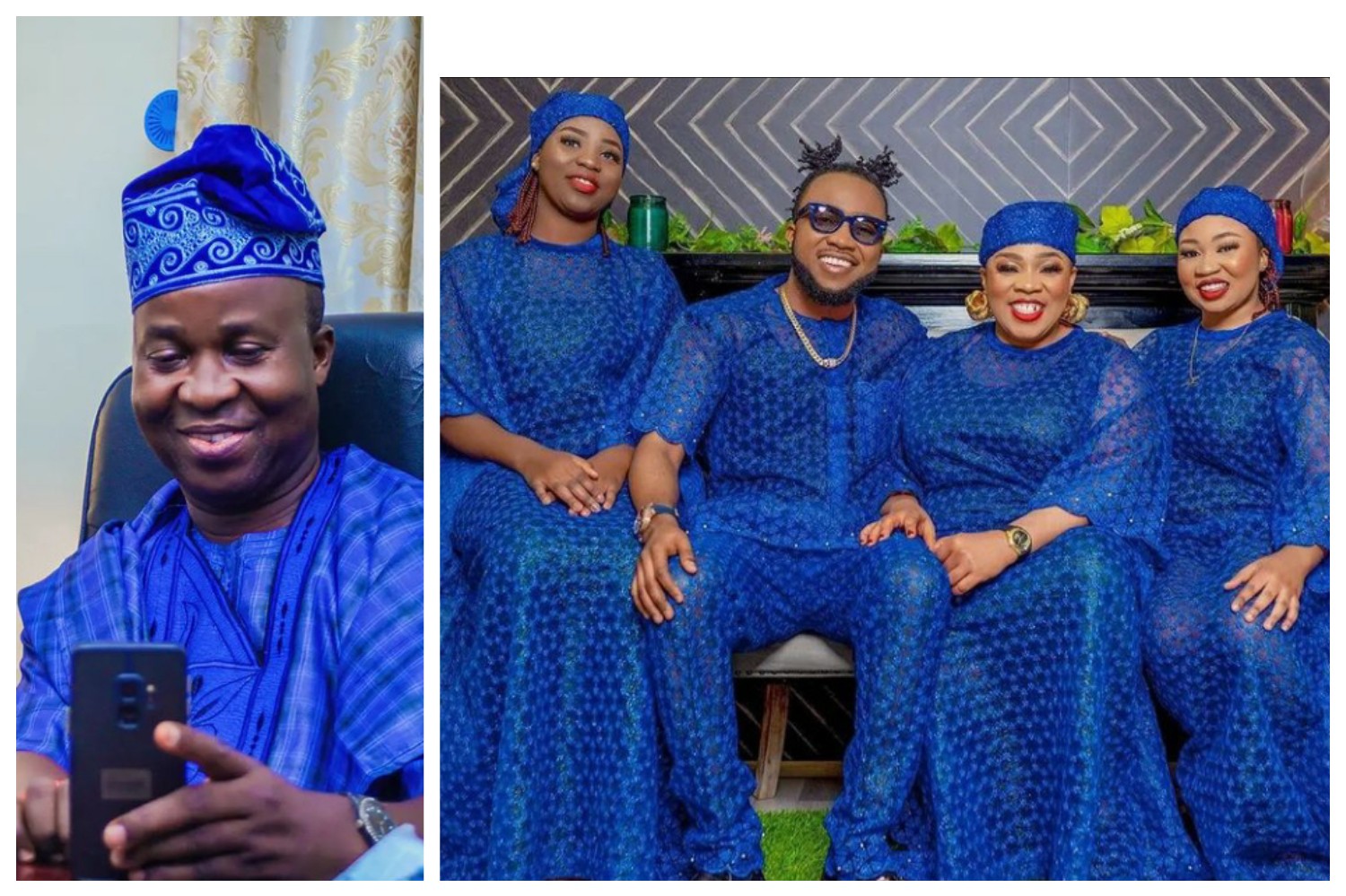 Lovely fans of Nollywood Comic Actor, Wale Akorede also known as Okunnu have reacted to the adorable pictures of his beautiful family shared on his Instagram page as they rocked beautiful marching native dress with headtie. They are really looking very much alike their father. He is a Nigerian Nollywood actor, Comedian,, Master of ceremony, producer, film maker, director, father, brand ambassador, and brand influencer with about 524,000 Instagram followers. He is best known for his comedy roles in Yoruba movies. He was born in Ibadan, where he grew up, but actually hails from Ogbomoso Oyo State, Nigeria.
See also  ‘There’s no ship’ BBNaija’s Liquorose and Emmanuel finally crash their relationship He has been very active in his acting career over a decade. He ventured into Nollywood movie industry through Nollywood actor, Muyiwa Ademola. Wale Akorede is a versatile actor who can play any roles excellently well but he craves the comedy roles because he knows it everywhere and can play it easily. He is not only a renowned actor but also a producer who has produced many films to his credit.
See also  “I know I’m not perfect” Toyin Abraham’s husband, Kolawole Ajeyemi, opens up about working on himself

He is creative, gifted, and one of the most talented comic actors in the industry who knows how to act and interpret roles very well. He is a fashionista. Wale Akorede is no doubt a force to reckon with in the industry due to his talents and unique way of acting. Among his notable work include Oba Korope, Gbrarada, Iya Pango, Igbeyawo Rebecca, Mallam Musa, Layepe, and others.

See also  ‘I never raised my hands on her, we only drag phones, curse each other – Isbae U makes more shocking revelation on his crashed relationship with Mummy Wa