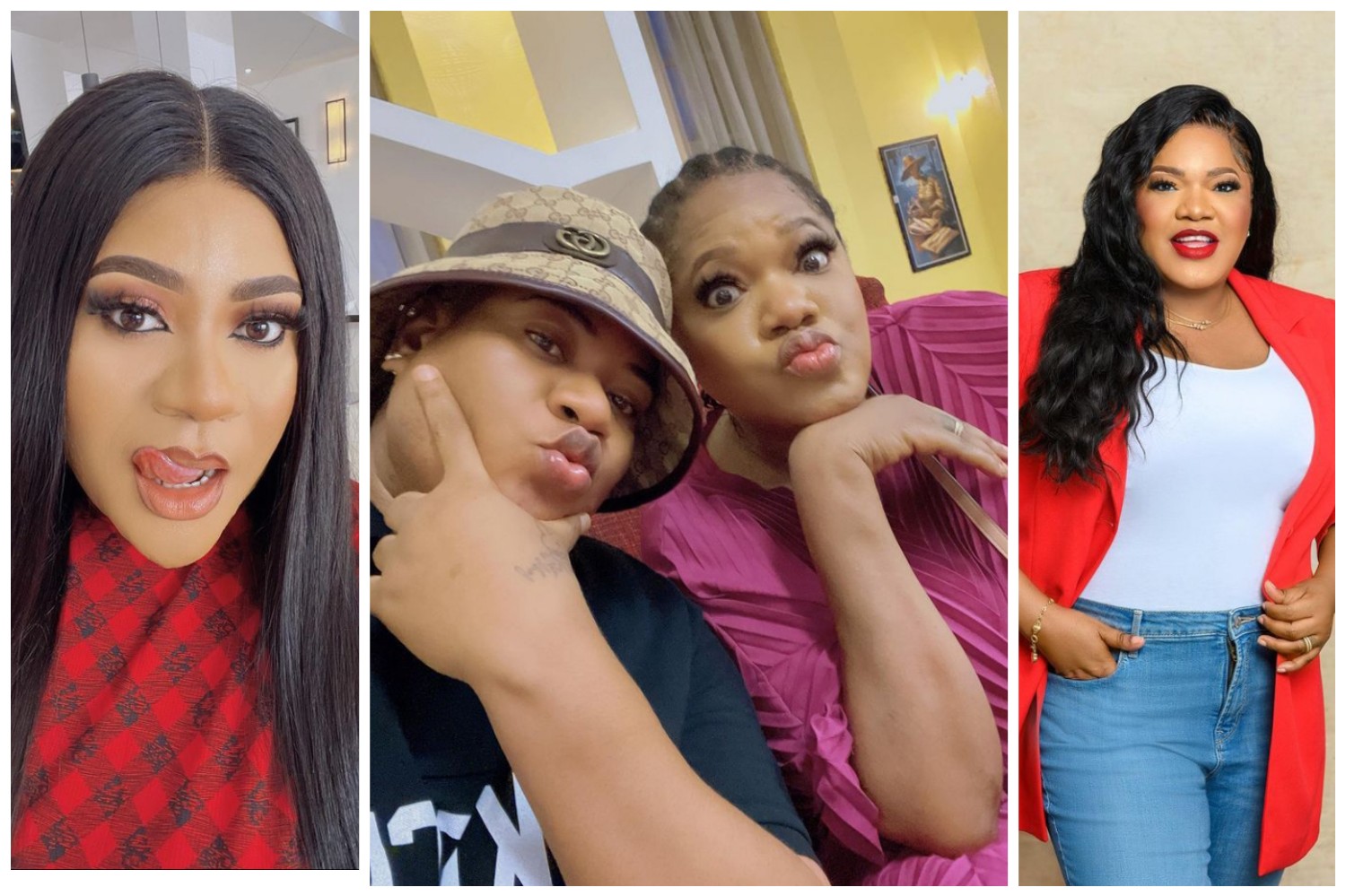 News reported that Nkechi Blessing fought dirty on social media with her ex boyfriend, Opeyemi Falegan after he announced their split to the world and disassociated himself from her.

Refreshing your memory, Nkechi Blessing had opened a can of worms on her ex boyfriend as they dragged each other on social media.

The actress went on Instagram live on Wednesday night, April 6 were she broke down in tears as she spoke about her relationship.

Nkechi revealed that her husband is very broke and isn’t active on bed.

The actress claimed that she was the one feeding, clothing and paying all his bills.

According to the actress, she broke up with h because she was tired of using the little money she was making to feed him.

Many questioned why the actress was keeping mute as Nkechi dragged herself and her ex to the mud for two days.

Taking to her Instagram page, Nkechi shared a photo from an hangout she had with the actress.

She pleaded with the actress to forgive her for being stubborn.

Acknowledging that she is the stubborn type, Nkechi Blessing added that there is nowhere the actress can push her to.

Nkechi Blessing wrote, “The oda day with my Woman for life WORLDBEST You know I get coconut head but where you want push me go. Abeg Don’t tag her pls”.

Replying to her post, Toyin Abraham showered love on her. She commented with, “Love u dear”.

This isn’t the first time, Toyin Abraham would be supporting Nkechi Blessing.

It was recalls when Nkechi Blessing lost her mother in 2021, Toyin Abraham stood by her.

Toyin Abraham had thought it wise to put smiles on the face of Nkechi days after she lost her mother.

In a message sent to Nkechi Blessing, Toyin Abraham affirmed it is not easy losing one’s mother notwithstanding, she cares for the bereaved and will always be there for her.

Toyin Abraham assured Nkechi Blessing that she would always have her by her corner, adding that her mother is now in a better place and proud of her.

Reacting to the surprise, Nkechi Blessing appreciated Toyin Abraham adding that how Toyin managed to put a smile on her face earlier this morning is unmatched.