My Daddy Is Proud- Ogogo’s Daughter, Kira Taiwo Says As She Shares A Lovely Video With Him 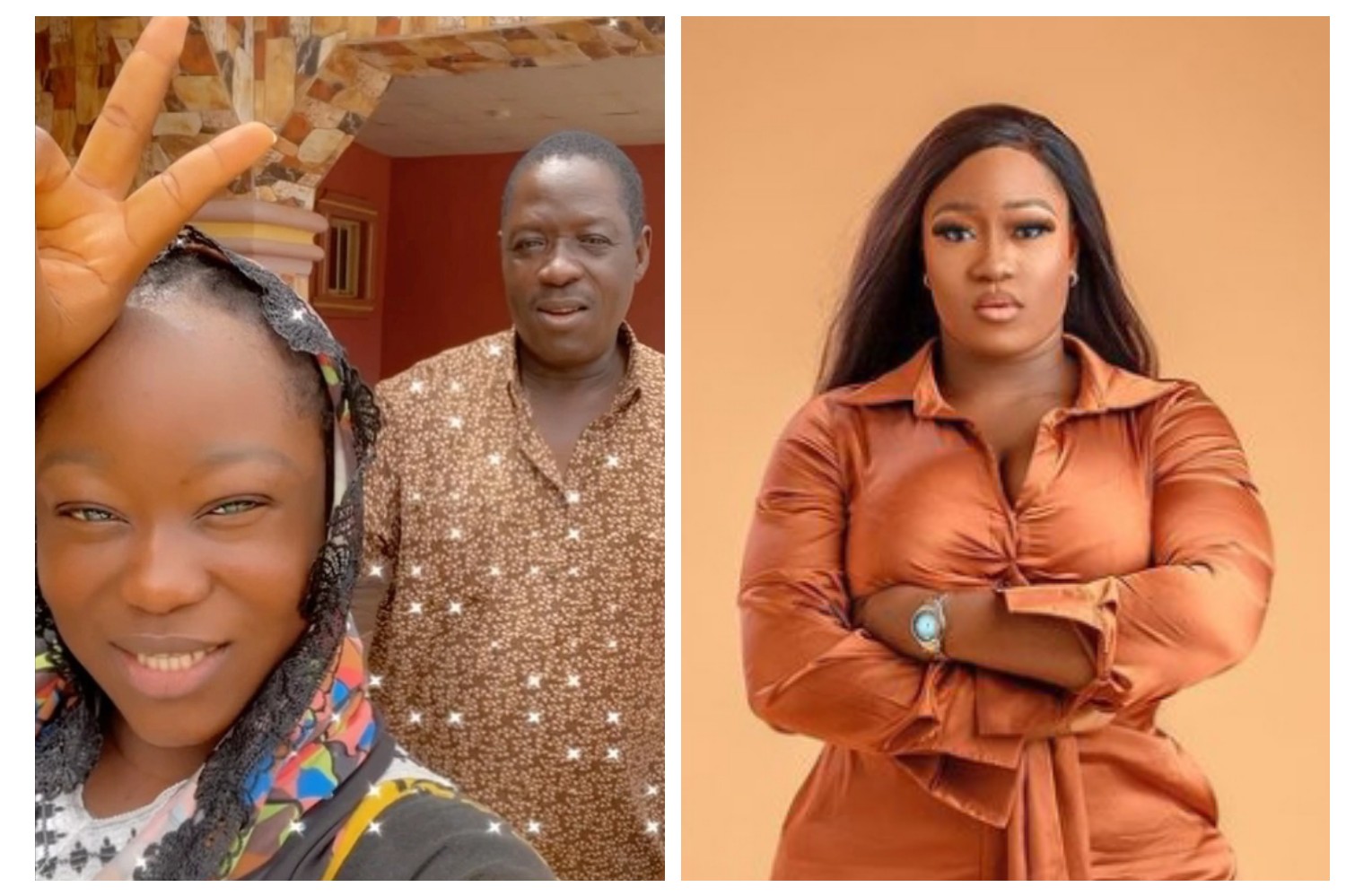 Popular veteran actor, Ogogo’s daughter, Kira Taiwo has taken to her official social media handle to share a lovely video with him.

Shakira was trying to capture her father’s face in her video but her father who was not in a good mood did not flow with her vibes. Then she hilariously said, “Daddy you are proud. I’m just famzing you”. Then her father smiled and said, ” Leave me alone, let me continue to be proud. Let me pass”.

After stepping down the staircase, she said Daddy say “Peez”, and her sister also convinced him to say it. He later said it and showed a hand gesture.

Ogogo loves to play with his girls and they are fond of him. Despite being adults, he still spends quality time with them.