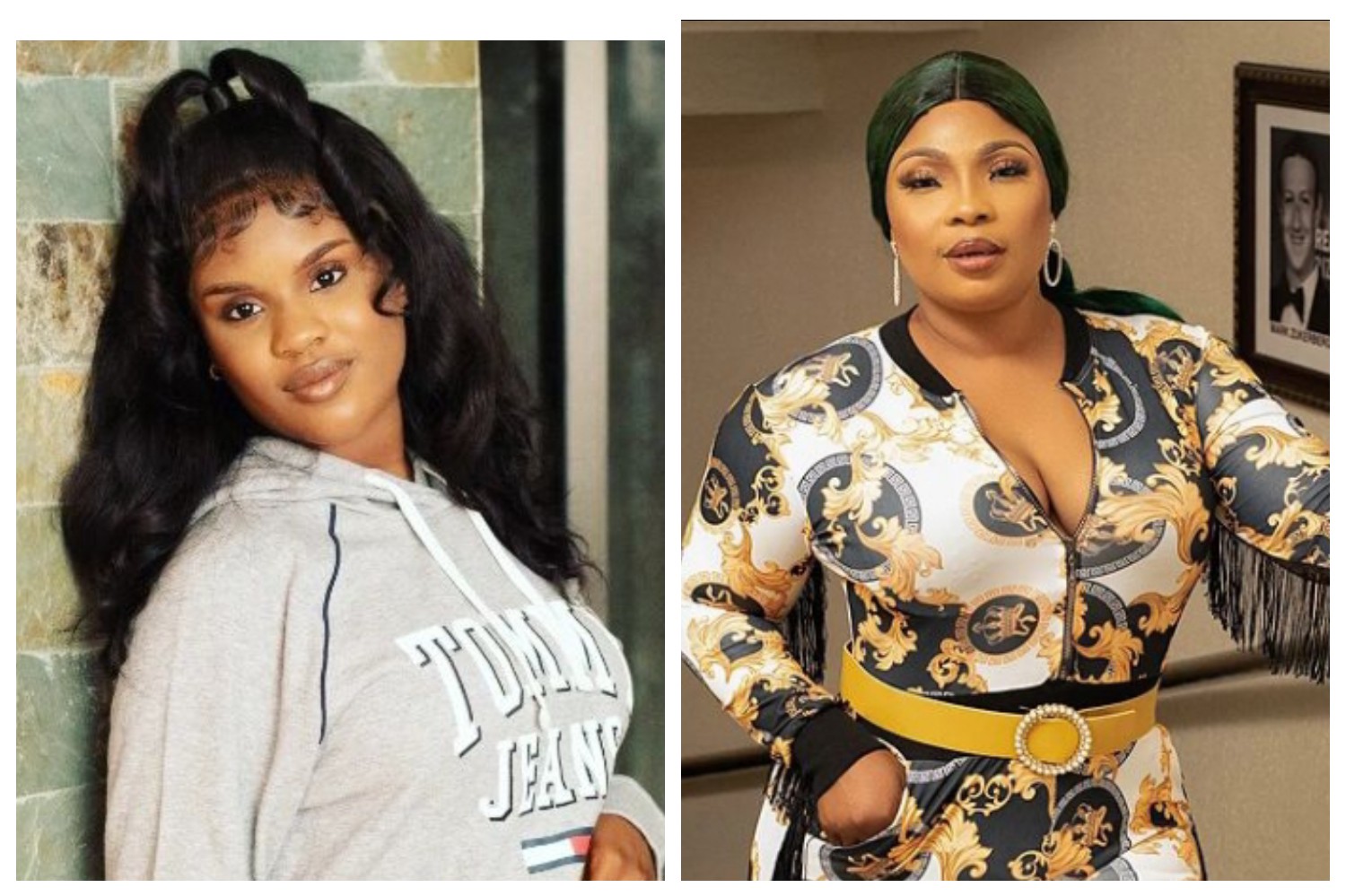 Proud mother and actress Laide Bakare has revealed why she kept her daughter, Simi away from the public.

Nollygistvibes recalls that Laide Bakare recently bowed to pressure and shared a TikTok video of her daughter, Simi dancing.

In a new post, the actress shared cute new photos of her daughter and eulogized her again .

After sharing the photos, a follower asked her why she has been hiding her daughter, and the actress responded by saying that her 13 years girl is too hot and she still has 5 years more to go before publicizing her handle.

Laide Bakare said; “because she is too hot for 13yr old noni o. Before uno go say fake Age Again, Abeg I’m not tagging her ooo she still has more than 5yrs Before i can publicize her handle”

It was recalls Laide Bakare raised eyebrows after she revealed how her 13 year old daughter, Simi gifted her 9 year old brother a car on his birthday.

The actress’s son clocked 9 on Tuesday, May 31st and Laide Bakare and the highlight of it all was when the young lad was presented with a benz which was a gift from his sister.

Laide Bakare shared the good news on her Instagram page with the caption, “Money truly stops nonsense my forthcoming book launch is gonna surely impact your life positively (how to make billions in 6 months) can’t wait to share with u. Simi is just 13, she just gifted her brother A Benz”.