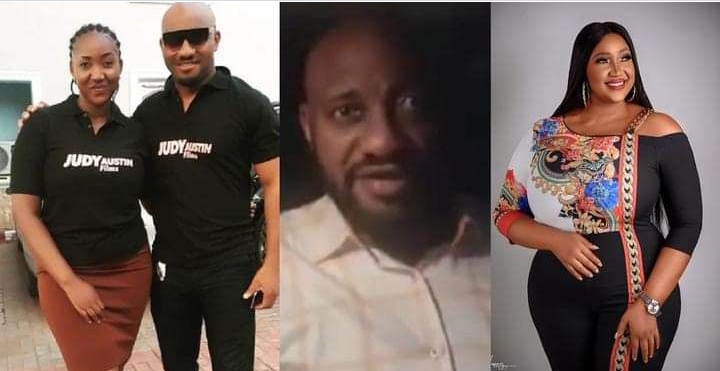 Popular actor, Yul Edochie has once again spoken on his controversial marriage to his colleague, actress Judy Moghalu, but this time he explained why he chose to marry her as his second wife.

It would be recalled that the actor announced his marriage to the thespian and revealed that they’ve welcomed a son together.

However, this sparked outrage online as netizens dragged him for getting married to a second wife. His first wife, May, also took to the comment section and wrote, “May God judge you both”.

Well, in a new development, Yul has released a 9-minute video titled “Why I married a second wife” to give reasons for his actions.

According to him, he couldn’t let a great woman like Judy go after the impact she has had on his life.

Speaking further, the 40-year-old actor said he used to believe that a man can’t love two women at the same time until it happened to him.

No matter how old you are in this world, we are all young. We are still learning. Things can happen and you learn from certain things.

At this stage in my life, I think it is possible for a man to actually love two women because two women can be in your life and they bring two different things to the table. They reason in different ways, they contribute differently to your life and you just realise that is just the way it is.

It happened to me. I realized I just could not let this wonderful woman leave my life.

Make no mistakes about it. These are very wonderful women in their own rights. They bring different things to the table. Yes you can actually love two women at the same time.”

Watch him speak below,