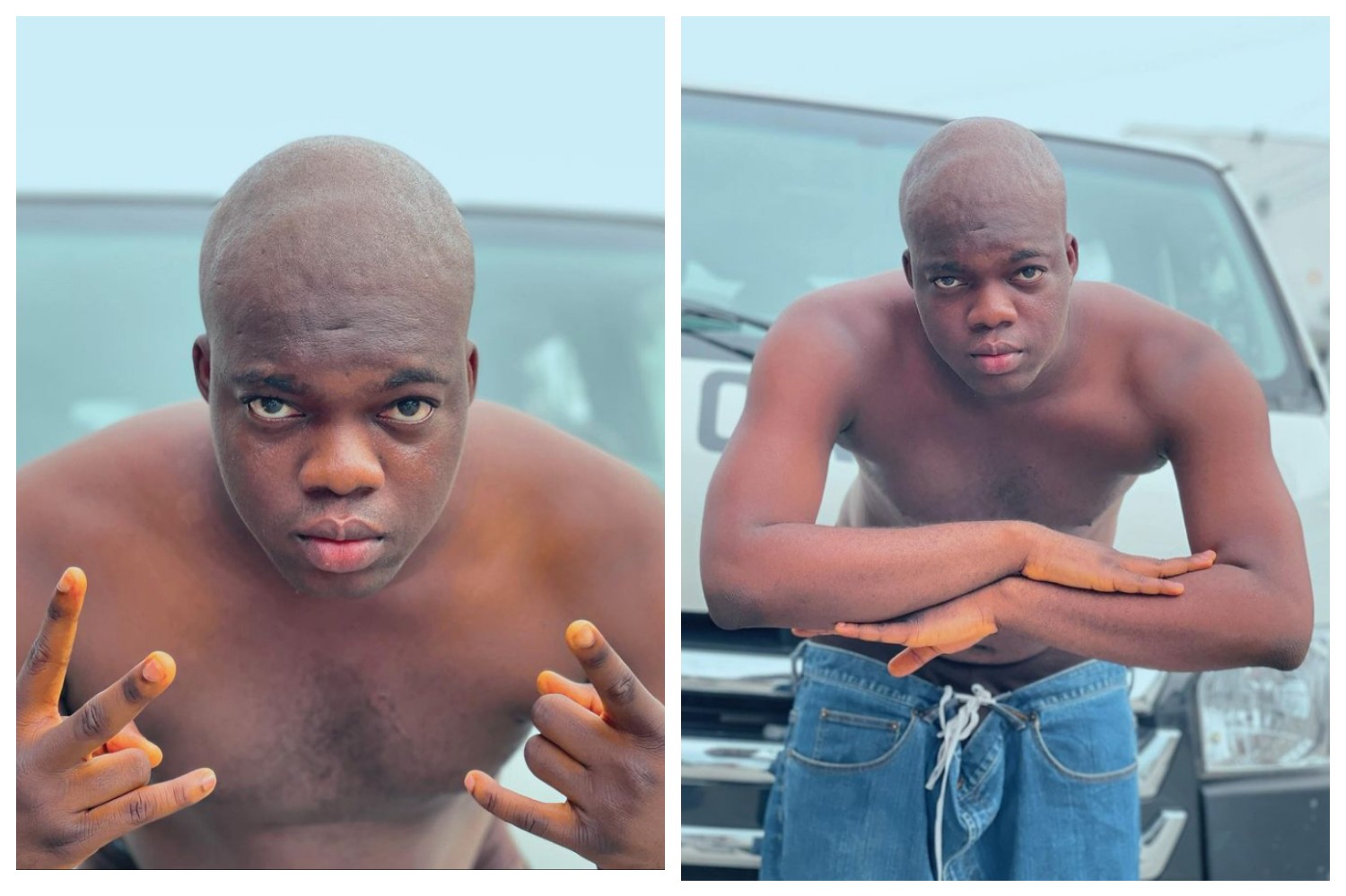 Cute Abiola is a Nigerian comedian that likes putting out funny materials that causes fans to laugh, the comic personality in a new post shared some images of himself that portrayed him wearing a shaved hair while appearing shirtless, the photos caused his fans to react in some of the most hilarious ways, as they had a thing or two to say in regard to his looks.

See also  BBN: "I cheated on my boyfriend because I didn't like his private part" –Queen reveals

Here are screenshots of how fans of the comic personality reacted to his post, as he flashed his body to the public, and gave them cause being happy, whole he is on the other hand just doing the things he loved doing best, which involves making jokes and getting his fans excited over his appearance in away that is well expected giving the type of body he had on display.

Looking at the images shared by the actor you have no choice, but to commend him for his look, as many people body-shamed him, thanks to having the type of body that is not what the media would often highlight as the ideal body type for individuals. With the type of comments he is getting, there is no doubt that he will be having a great laugh while reading them himself as I did.