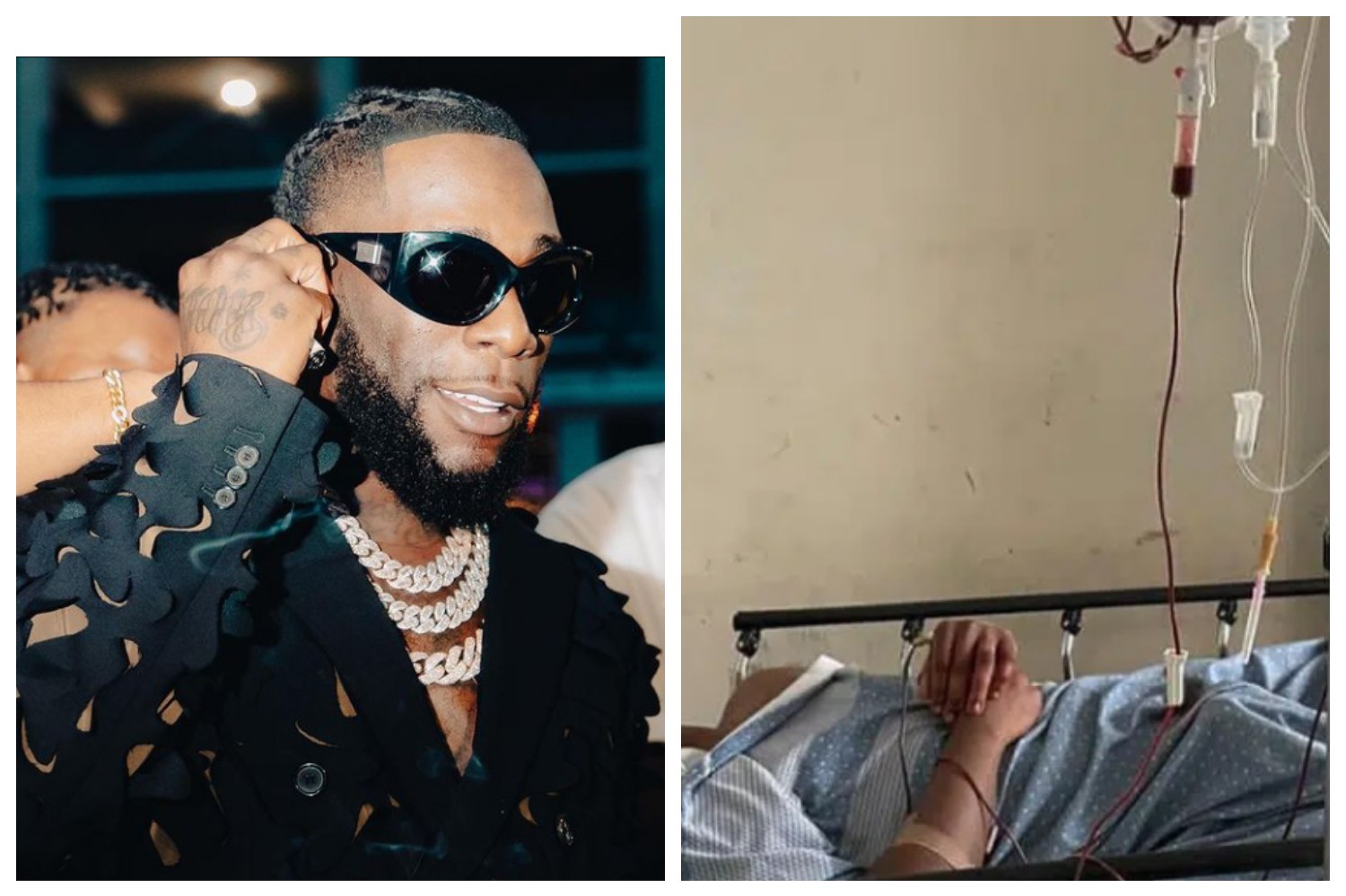 Award winning singer, Burna Boy is currently under hot waters as his security team took laws into their hands by shooting two men at the club for confronting the singer.

Punch reports that a preliminary report by the Bar Beach Police Division stated that trouble started when the singer and five police escorts visited the nightclub around 4am on June 8. About four policemen waited outside while one of the policemen, identified as Inspector Ibrahim, who was in mufti, accompanied the Grammy Award winning artiste into the club.

The publication stated that multiple witness said the singer was in the VIP section with three women when he spotted another woman. He was reported to have told Ibrahim to invite the woman to join him. Unknown to him, the lady was with her husband who got angry and accused the singer of making advances on his wife while he was with her.

After some minutes, Burna Boy allegedly made fresh advances at the woman. This infuriated her husband further and his friends who had gathered at the club.

“As things were getting heated, Ibrahim brought out his service pistol and shot multiple times while Burna Boy was laughing”, said a senior policeman.

In the process, 27 year old Lawrence was shot in the thigh while his friend, Tolu was hit in the head by a bullet. This caused a commotion in the club.

It was learnt that Burna Boy and his crew then drove off to one of his properties at the Elegushi end of the Lekki-Epe expressway before leaving for Lekki Phase 1.

A friend of one of the victims said they came into Nigeria from the UK and US for a wedding, before the unfortunate incident happened. Burna Boy is yet to make any statement regarding this allegation.

Confirming the incident, the spokesman for the Lagos State Police command, Benjamin Hundeyin, said the focus of the investigation was the policemen. Hundeyin said that the police had not received complaint from any victim.

See also  Foluke Daramola, Toyin Lawani and Others React to The Trending Video of a Lady Dancing at a Party (Video)

Nigerians took to the comment section to air their thoughts on the issue.

vheeny_ : Things celebrities do and get away with

chiomanatasha : Hmmm what shall we call this yeye behavior?

aninobabs : I hope this story is not true. If it is, I hope Burna faces the consequences. What’s with our police men and rich people in this country, have they nit stopped it?

judas_iscariot : Let them arrest Burna Boy also so he cool down a little bit.