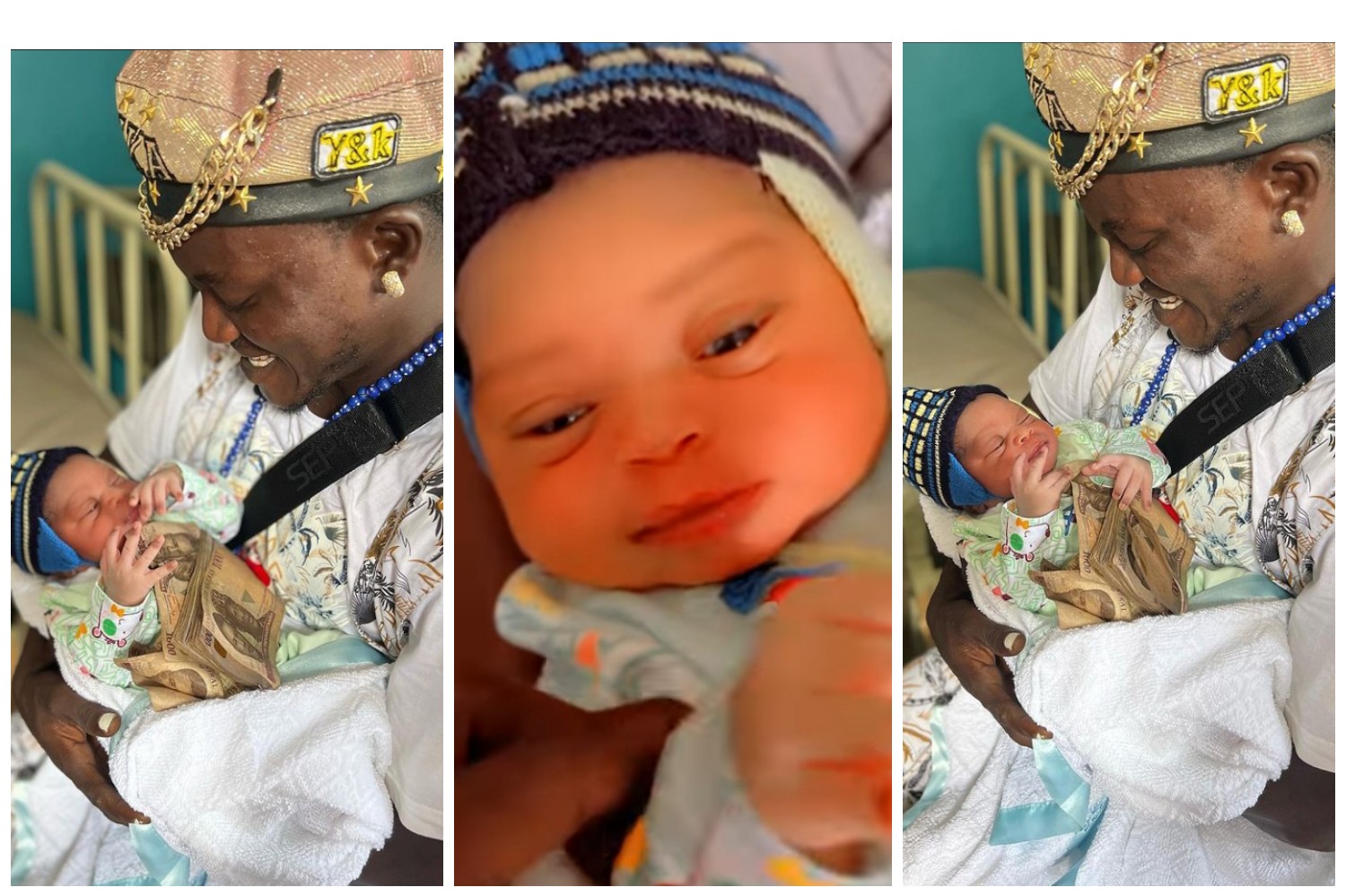 This came barely three months after Portable came to the limelight with his popular hit single ‘Zazu Zeh.

In a video which made rounds online, Portable was captured sitting behind his baby mama as they pose in excitement for the camera.

Many Nigerians reacted by congratulating the singer; others described Portable’s babymama as smart and did not want to give any lady a chance to come close to the singer.

In a new update, the couple welcomed a baby boy during the week.

Sharing videos and photos of his son, Portable announced the good news of his son’s birth.

Portable christened his son, Opeyemi Oluwa. He also gave a shout-out to his babymama.

The newborn would be the singer’s third child.

His babymama wrote, “Congratulations to me I survived the delivery room”.

It was recalls Portable, had revealed that he has two sons from different mothers.

He made this known in an interview with Jahbless Original Intelligence, where he talked about his relationship, background, and rise to stardom.

See also  “Which one should I go for, Governor or senator ?” – Actor Femi Adebayo Ask Fans For his Political Ambition, See Fans Reaction

When asked if he had children, the singer revealed that he has two sons from different mothers.

He said, “I have two boys, strong mafians.”

When asked about the mothers of the children, he noted that both sons were from different mothers.

He, however, declined to answer when he was asked about their whereabouts.