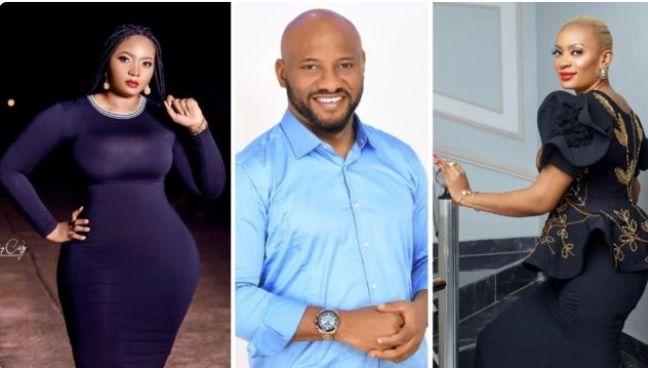 Few Moments ago, Popular Nollywood Actor, Producer and Director, Yul Edochie Publicly Came out to reveal what he has been passing through in the hands of some people ever since he took in a Second Wife.

Recall that Few Months ago, Yul Edochie Unveiled his Second Wife, the actor also revealed that they have a Son together and the announcement Sparked So many Reactions on Social Media.

See also  Cover Your Black Thigh, We All Have It-Fan Reacts As Simi Reveals Her Thigh In New Photo

Yul has Comes out to Speak on the abuses he has been Facing since then. According to the Actor, Just Seeing Someone happy makes some people very angry.

Yul Stated that Some People are even Wishing his Family Death and he just don’t seems to understand why. The Actor Further Stressed that his personal Life is nobody’s business and if you wish his Family Death, you will be the one to die.

“Just Seeing Someone happy makes a lot of People Very angry, some people are even Wishing my Family Death and I don’t seems to understand Why”.

“If My Lifestyle Wey No Concern You dey Pain you, then that’s Your business and if You wish my family death, death Shall be your Portion” Yul Edochie Wrote.